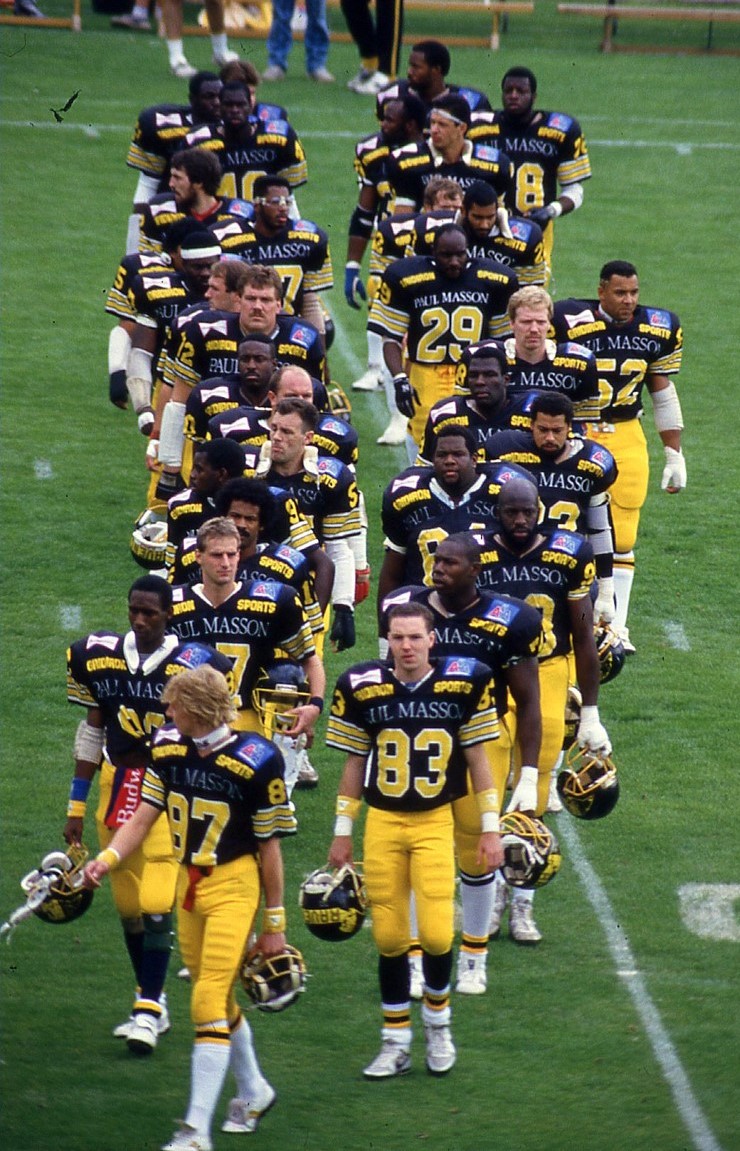 The contribution of black players in British American football has played a massive part in the development of the game. During Black History Month we reflect on some of their inspiring stories within the game – starting with those of Victor Ebubedike Muhammad, Joe St Louis, John Aska and Nigel Hoyte – who set pulses racing with the London Ravens during the 1980s. 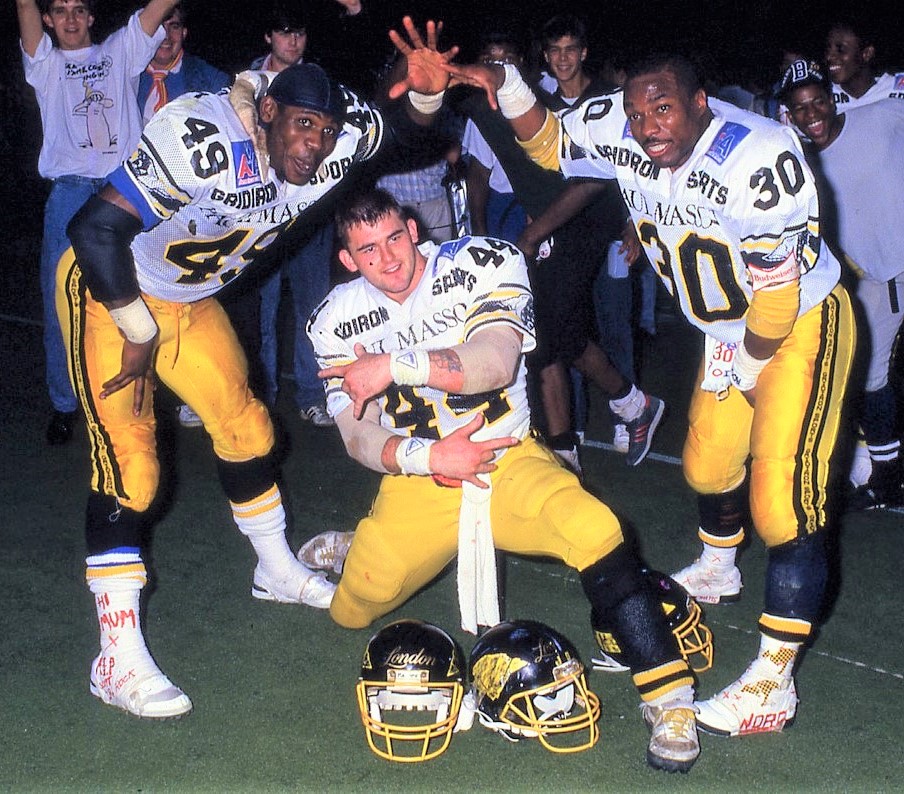 Victor Ebubedike Muhammad (49) and Joe St Louis (30) celebrate winning the Budweiser Bowl with fellow Hall of Famer Mark Wynnick
On October 29, at a prestigious ceremony in Manchester, eight more names will be inducted into British American Football’s Hall of Fame forming the Class of 2022. Fittingly – during Black History Month – among their number will be Joe St Louis, one of the early pioneers of Britain’s fledgling American Football leagues.
He formed part of the London Raven’s potent ground attack during an era in which the team from the capital dominated the sport. Joe’s induction follows former teammates Victor Ebubedike Muhammad, John Aska and Nigel Hoyte – who formed part of the inaugural Class of 2021 inductees.
In the first competitive season of British American Football, the Ravens started as they were to go on. A crowd of 7,000 were on hand at Villa Park in Birmingham to witness the team beat fellow Londoners, Streatham Olympians 45-7 at the inaugural Summerbowl – a game in which St Louis was named MVP.
They were also key members of the GB Lions European Championship winning teams of 1989 and 1991. St Louis was particularly known for his blistering breakaway speed, he played in the NFL’s World League and was invited to the Chicago Bears training camp. 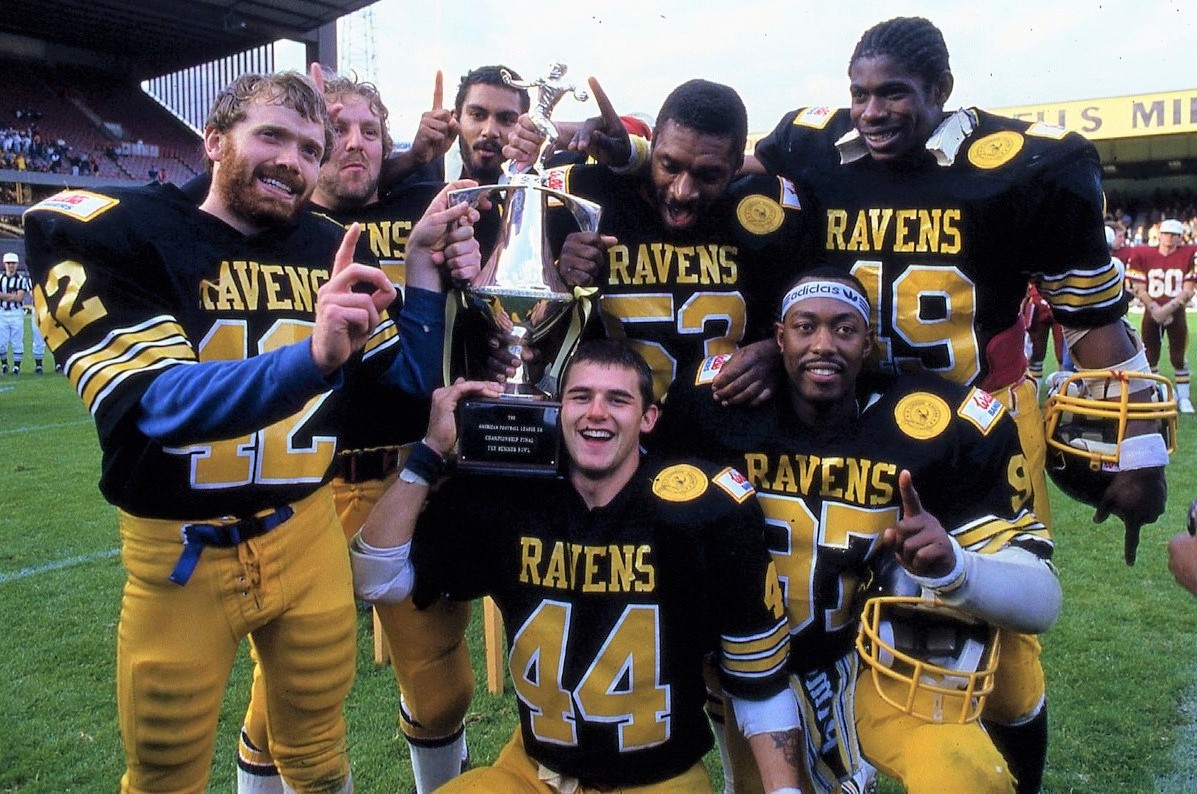 John Aska (53) and Victor Ebubedike Muhammad (49) and their teammates celebrate winning Summerbowl One
Playing in tandem with Ebubedike Muhammad on offence he gave the Ravens of the eighties a cutting edge few teams could match.
Lead running-back, Ebubedike had the phyique, speed and the grit to help the Ravens to a 57-game winning streak and four British championships.
His dominance during that era of the British game was such that over a three-year period he ran for 66 touchdowns and 3,770 yards, with an average of 8.9 yards per carry. 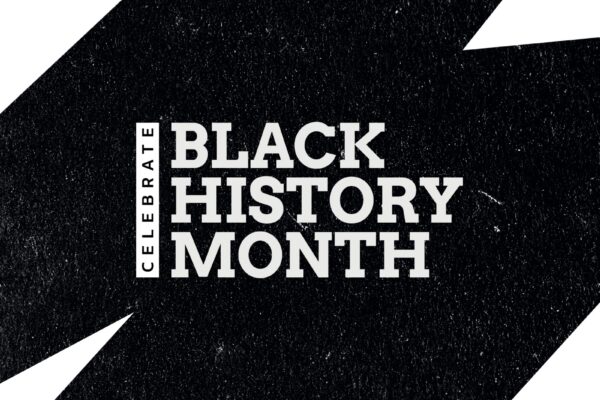 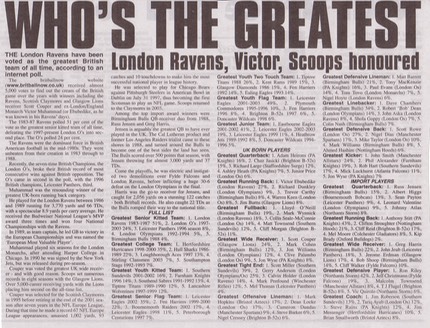 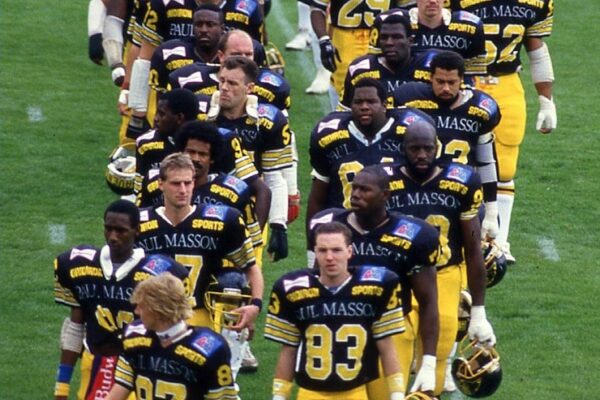 But the Ravens did not just rely on their offence, John Aska was the leader of the defensive unit. He had an unerring ability to dominate the game from his middle linebacker position. What he lacked in speed, he more than made up for in guile. And was a bone jarring tackler and an obvious choice for the GB Lions – with whom he excelled.
And at 6’3” and 270 lbs, fellow member of the vaunted Ravens defensive unit Nigel Hoyte was a dominant presence from his lineman position. He was one of the British players selected for the London Monarchs of the NFL backed World League via the operation discovery programme.
Photo credit: Ian Christy
Special thanks to BAFA Archivist, Dave Tidswell for contributions to this article.