Players join for the big hits and fast-paced action – but they stay for the camaraderie and teamwork.

Please visit the ‘Find a Team’ page under the ‘Get Involved’ heading to search for your nearest Children’s Contact football team.

Below the senior level, contact football in the UK is split into two age groups – U19s and U16s. 16-18 year-olds are eligible for the u19s league whilst 13-15 year-olds can get involved with an U16s team.

Teams for 16-18 year-olds may be either 9v9 or 7v7 depending on the level of competition they are eligible for . The 9v9 teams compete for the National Championship whilst the team who tops the 7v7 competition are awarded the Division 2 title.

Meanwhile, in the under 16s league, every team plays 5v5. The winner of the final is crowned U16 BritBowl champion. In order to keep the whole season as competitive as possible, a second trophy, called The National Plate, is competed for by the runner up teams from each conference. 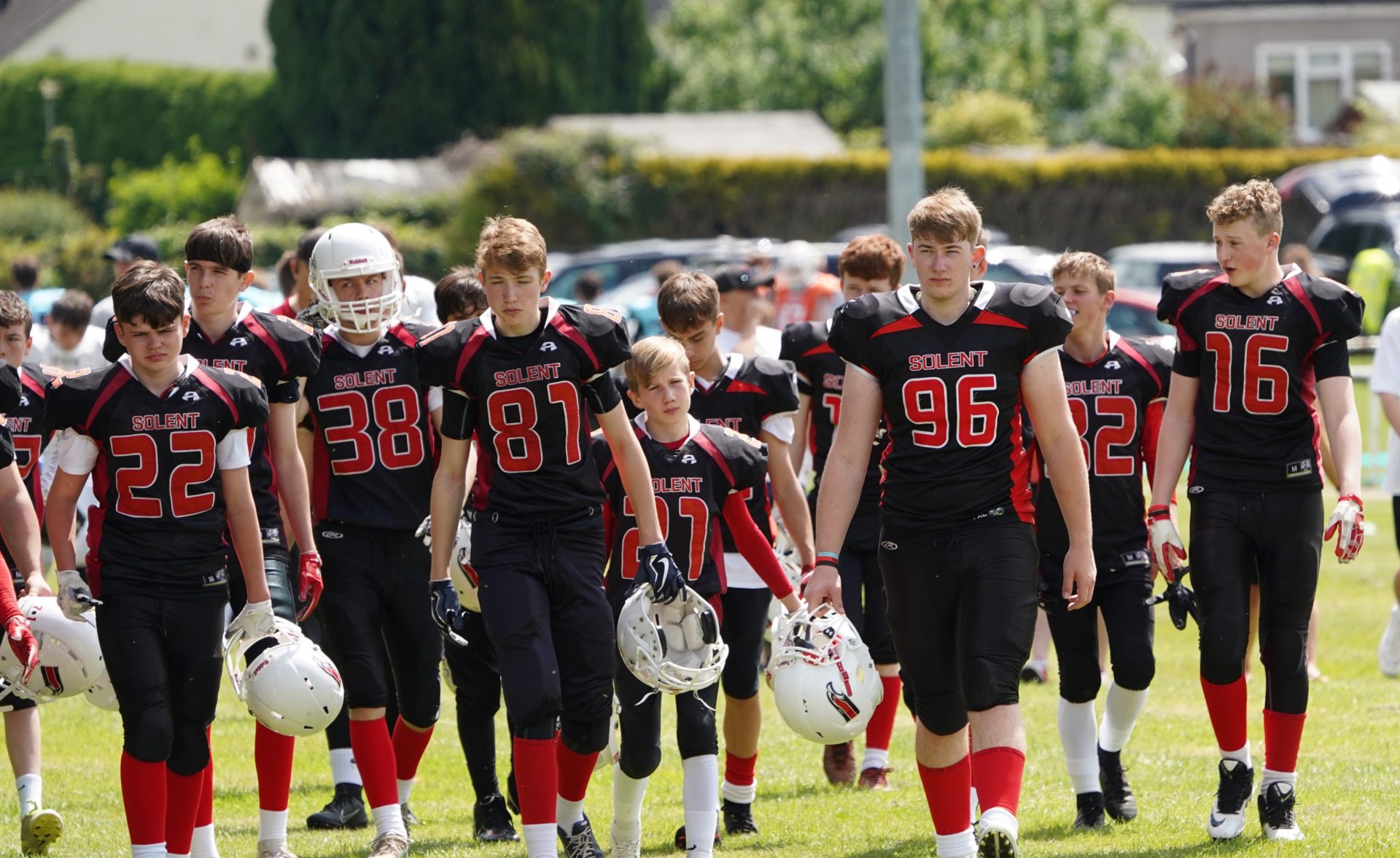 American football is an exciting sport, and this may be what, initially, attracts players to the sport. This is not, however, what keeps players in the game.

American football builds camaraderie and teamwork and it gives players a sense of belonging. Every player has a task to perform on each and every play and what they do has an impact on the game and their teammates – making them truly part of a team. 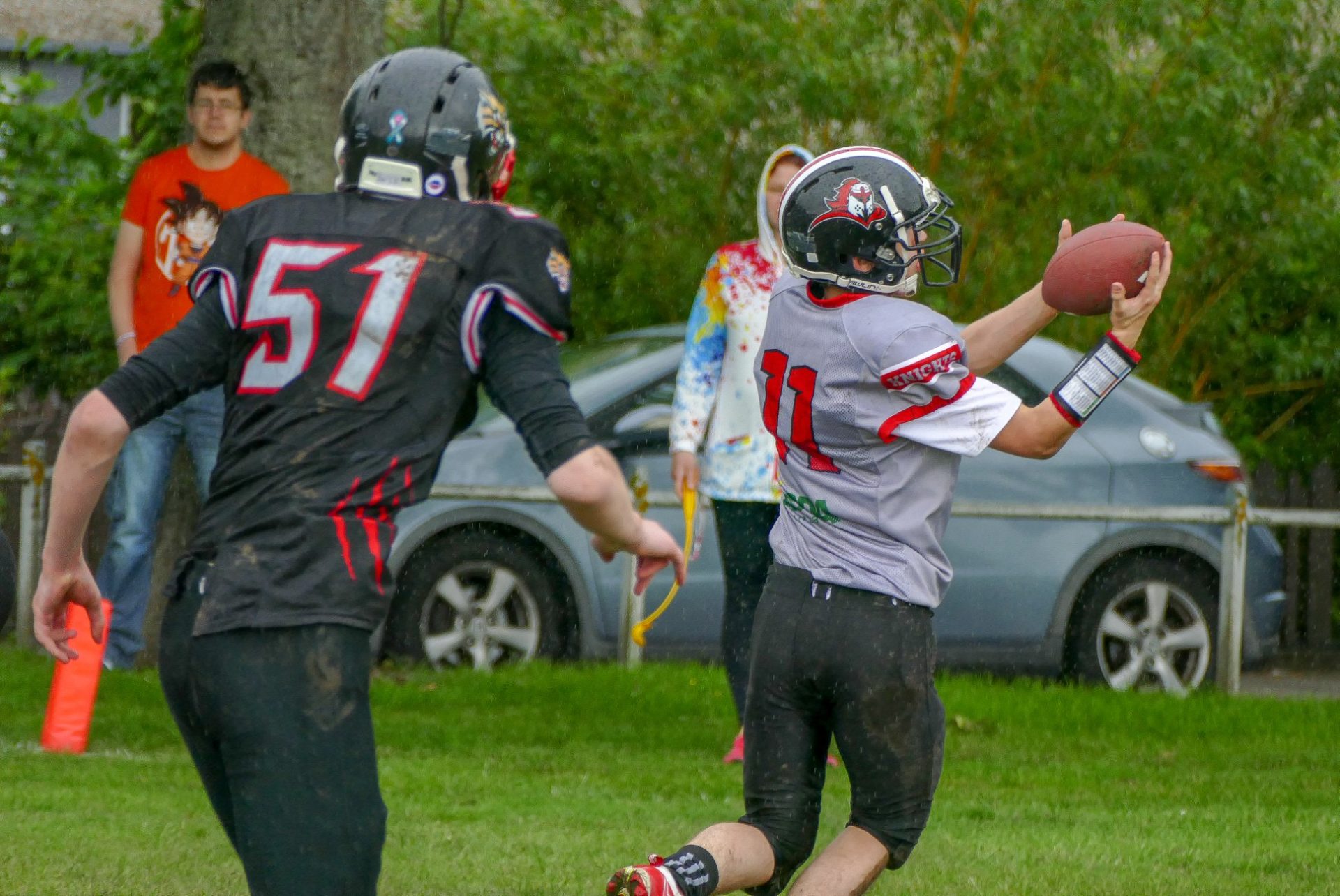 In the 9v9 competition, each team plays a six game regular season leading to the top teams in each conference qualifying for the playoffs. Whoever comes out on top of the Northern Conference and South Conference then face off in the U19 BritBowl, the winner of which is declared National Champion.

The 7v7 teams play in small regional groups of four, the winners of each, plus the best placed runner up, qualifying for the end of season playoff tournament. The tournament results in the winners lifting the U19 Division 2 title.

Players must be under 19 on 31st of August in the year preceding the playing season, the minimum age is 16. 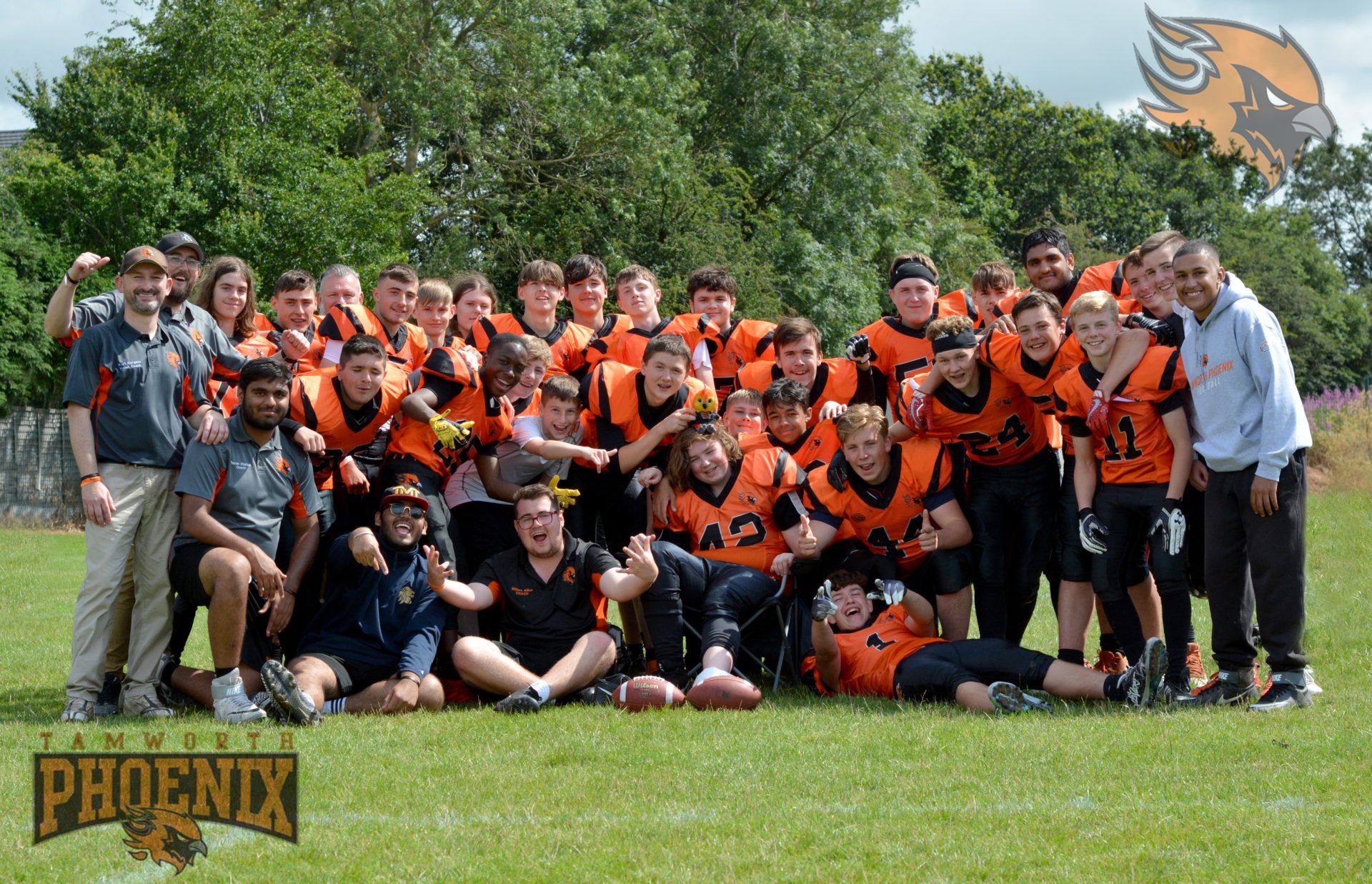 Each team takes part in four tournaments, each comprising of three individual games. This gives them a regular season of 12 games. The six divisional winners from these tournaments, plus the best two runners up, qualify for the end of season National Championship. The teams are seeded with the team holding the best record placed as #1 seed and the team with the lowest record placed as #8.

The tournament is a knockout competition, comprising of quarter finals, semi finals and final (teams losing in earlier rounds then take part in ranking games). The winner of the final is crowned U16 BritBowl champion.

Players must be under 16 on 31st August in the year preceding the playing season, the minimum age is 13 years.