History of the National Leagues

As the oldest continuous league in Britain, the Adult Contact League has undergone significant change over the years. However the current three-tier system has been in place for the past decade. The Premier Division, Division 1 and Division 2 make up the Adult Contact National League.

The Premier Division has 12 teams divided into North and South Conferences.

Division 1 follows the same competitive structure. The finalists of the Divisions 1 Britbowl are both promoted to the Premier division. The 2019 Division 1 National Champions are the Solent Thrashers.

Division 2 also has a competitive season and serves as a proving ground for new teams or the division where teams from higher divisions might play if rebuilding their programmes. 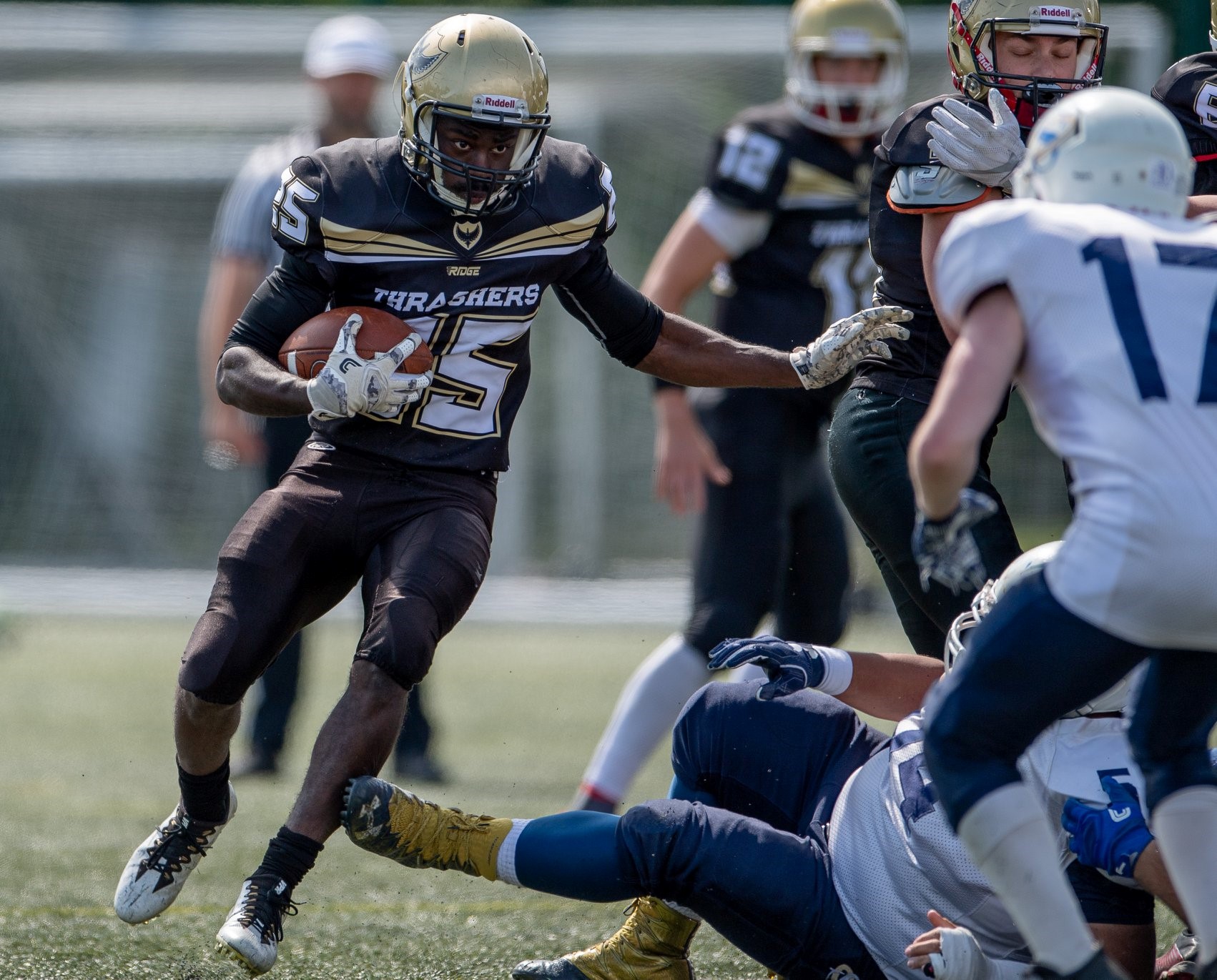 The game is brought to you by Onside TV.

Please visit the ‘Find a Team’ page under the ‘Get Involved’ heading to search for your nearest Adult Contact football team.