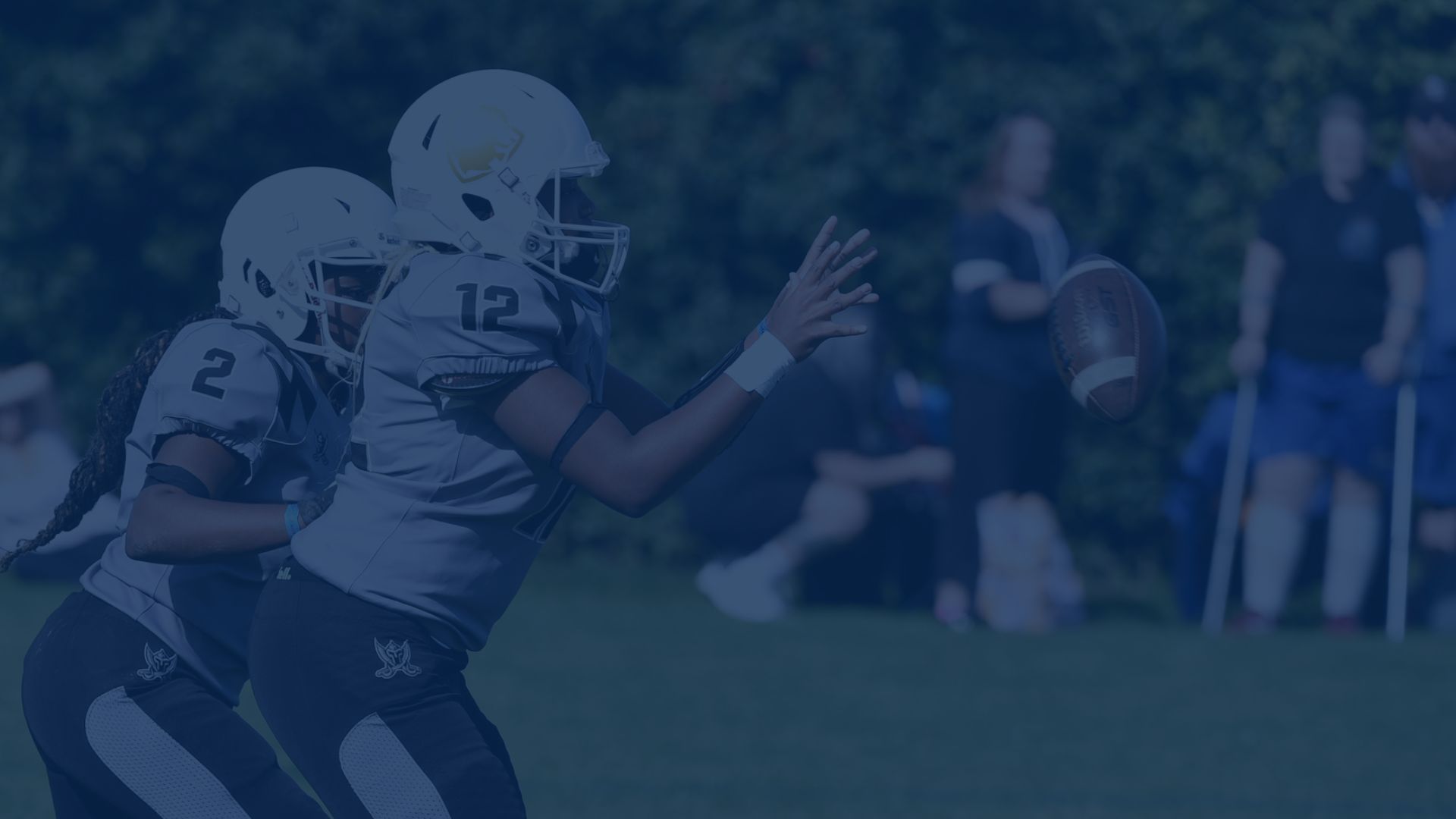 The two Premiership South powerhouses met at Cheshire County Sports Club on 17 September after puting on an impressive display of offensive firepower in their semi finals, with London beating Leeds Chargers 56-20 and Birmingham taking a 51-0 victory over the Cheshire Bears.

With little to separate the sides heading into the championship game, it was London’s clinical offensive execution that ultimately made the difference on the field. Quarterback Angelina Fisher superbly orchestrated successive drives through the air and on the ground, while the Warriors defense stood firm against a previously rampant Birmingham unit.

The day’s rosters were stacked with World silver-medallists and National program talent, providing a thrilling showcase of the best women’s football the country has to offer. 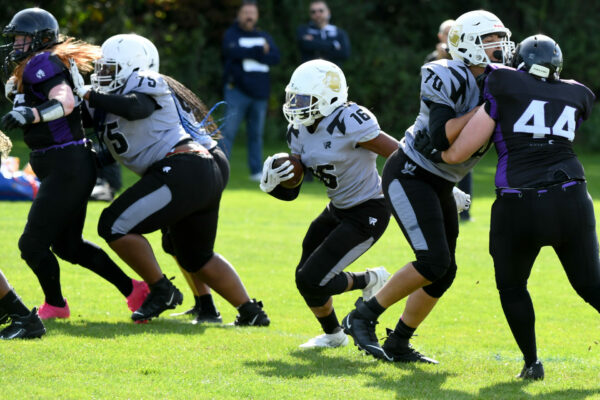 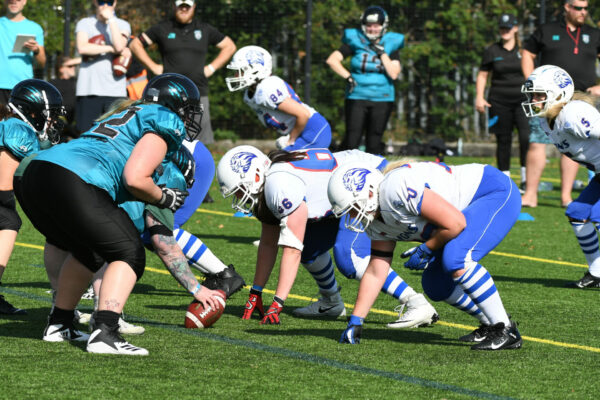 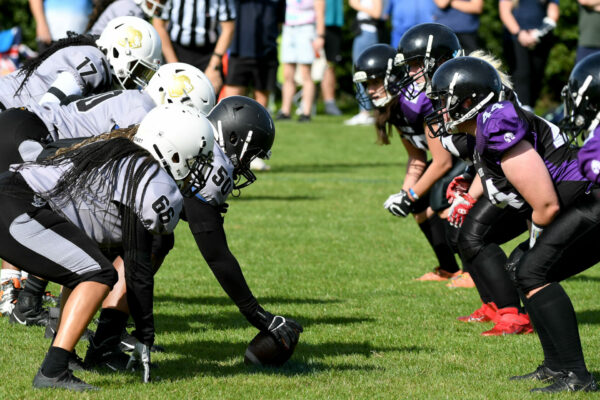 Despite the electrifying nature of the two sides’ regular season matchups, the championship game appeared to tell a different story with neither side grabbing hold early on.

It wasn’t until late in the first half that the game took off, as the Warriors emphatically broke the deadlock with Fisher launching a 42 yard pass to Walker, who survived two tackles to make it into the end zone.

Birmingham responded quickly with quarterback Natalie Parker taking a 30 yard QB-keeper along the sideline and in for the score. London wasted no time answering back as fantastic lead blocking from offensive lineman Yasmin Cazeau led the way for Walker’s second touchdown of the day on a 40 yard pitch.

The Lions fought their way to level terms before the half as running back Ruth Matta exploded down the sideline for a 48 yard rushing touchdown, bringing the score to 14-14 at the break.

”The girls have put so much hard work in this year. Birmingham have always been a very good team and to finally knock them off, I can’t say it’s not sweet. It was a hard fought season, playing three games agains the number one team was never going to be easy, but we won the one that matters.

The second half would paint a strikingly different picture as the Warriors offense began to run riot while their defence continued to come up huge with crucial stops and turnovers.

Ball security proved a major issue for the Lions while the Warriors offensive trio of Fisher, Walker and tight end Shay Okelola had little trouble forcing their way down the field.

Fisher strode in for a rushing touchdown of her own in the red zone before delivering an inch-perfect pass to Walker at the back of the end zone, taking the lead to 27-14.

Birmingham’s defense provided a glimmer of hope late on, forcing a fumble on their goal line, but the Warriors defensive unit responded on the following drive as Chrissy Ibironke ripped the ball out and recovered.

Walker would then finish off a sensational individual and team performance on the day by running in a final touchdown, leaving the score at 33-14 and delivering the NWFL Premiership title to the London Warriors Women.