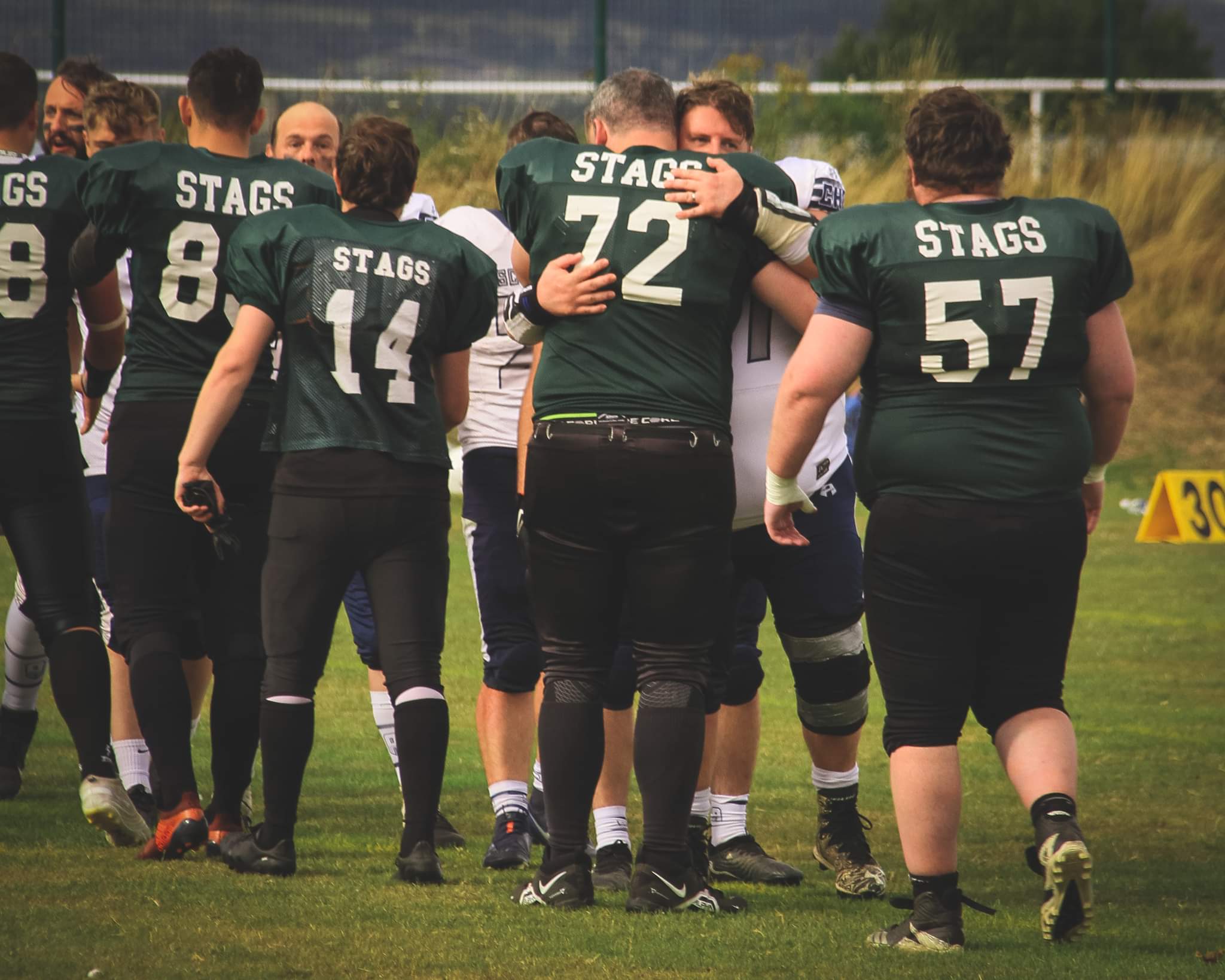 The march of The Stags continues

The whirlwind rise of Highland Stags shows no sign of stopping after the Herd earned their place in the Division 2 Championship final – just 10 months after entering the league.

The Inverness-based side defeated Scunthorpe Alphas 18-8 and are now finalising plans for the 1,200-mile round trip to London for their Britbowl weekend showdown with Bristol Apache – who beat Northants Knights 35-0 to book their place.

Stags General Manager Tom Hutchison said: “It was an incredible experience to finally host a playoff game and I’m glad we had the opportunity to give something back to the support we have been given over the years in the Highlands.

“It was a pleasure to play against the Alphas who have shown themselves to be an outstanding organisation both on and off the field. It was by far the hardest game I have been involved in since I started my football journey 23 years ago.” 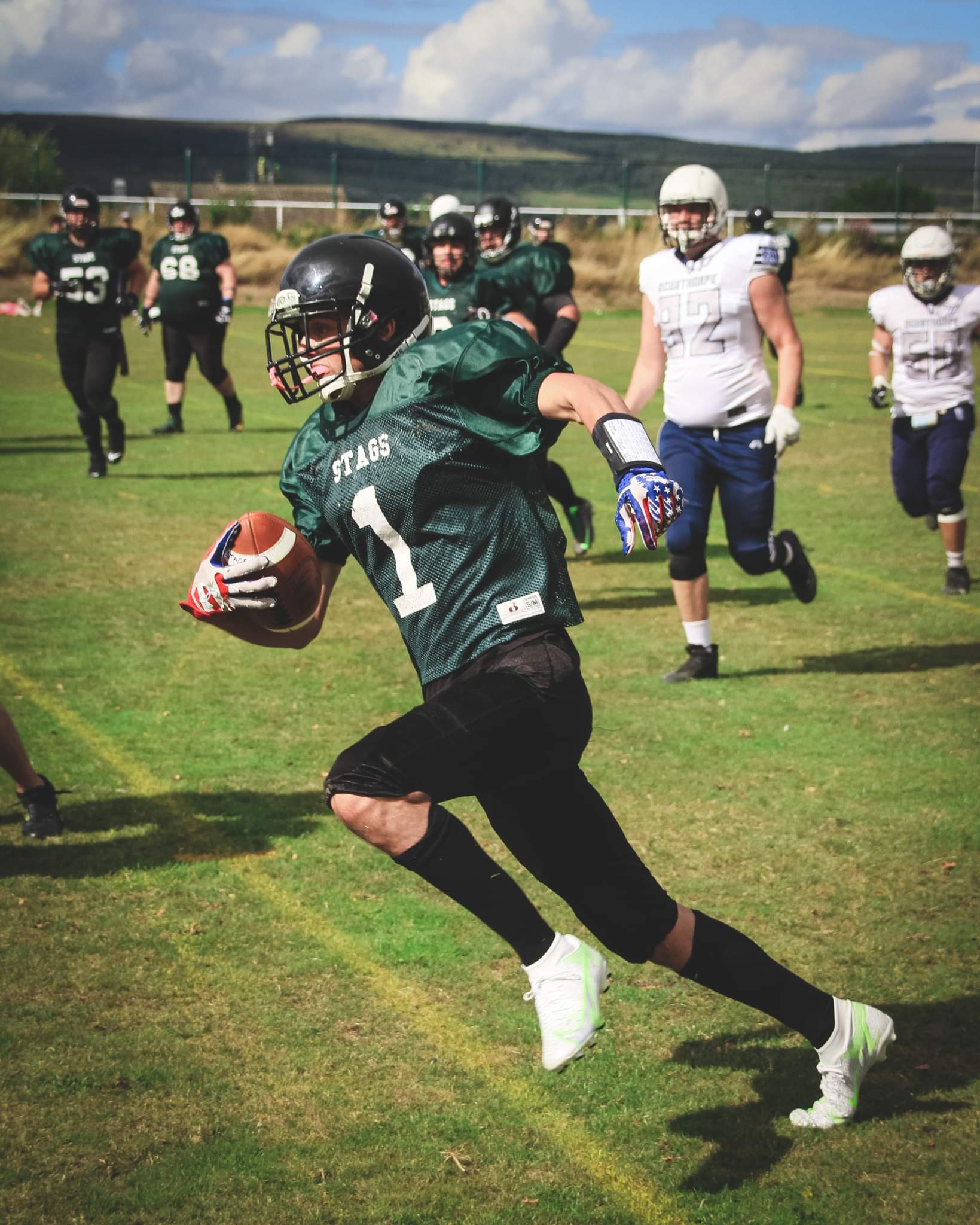 The game started off in cagey manner – with both defences dominant and shutting down the opposing offences. As it progressed, The Stags were able to take advantage of some cracks in the Alphas’ defence – which the home side’s running backs were able to capitalise on to build a six-point cushion at the break.

With so much at stake, the game opened up in the second half, but the Stags were able to consolidate and take an unassailable lead.

The rise of the Stags has certainly captured the imagination of locals and the match was covered by local press and Scottish TV.

“Now we are enacting our plans for getting to the final, as you can imagine traveling an entire team (and equipment) from the Highlands to London for a game is no small feat, but we have some plans in place to ensure we represent ourselves in the best way on a national stage,” added Hutchinson.

“I am very proud of the Players, Coaches, Committee and support we have received this year to help us reach this goal! We wouldn’t be able to get where we are without everyone in the Stags family doing their bit.” 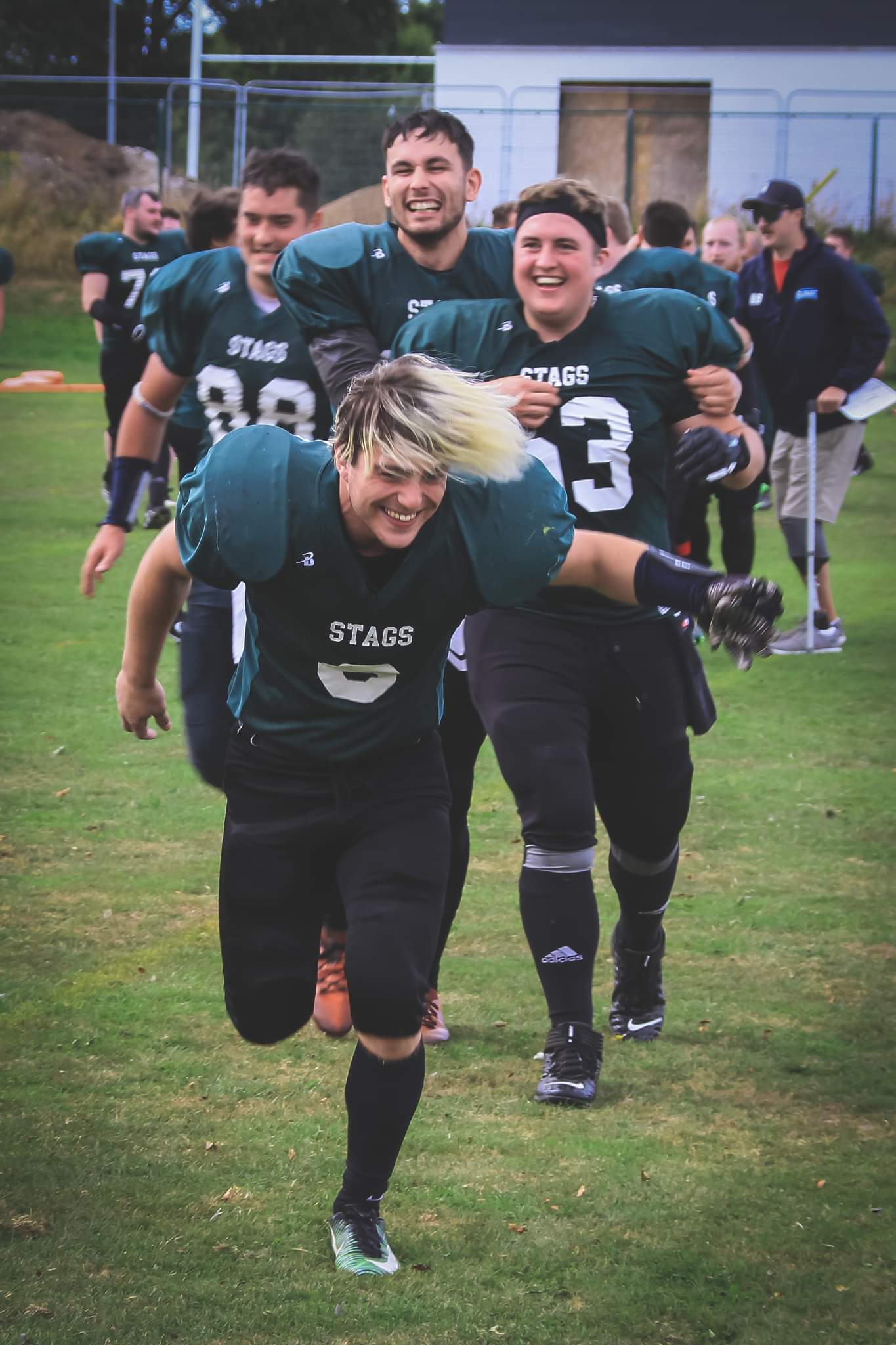 “A big thank you to the Alphas for making the trip and showing us why they have gone undefeated this year until yesterday.”

The Division 2 Championship final will take place at the New River Stadium, London on Sunday 4th September. Interested in getting into American football, find the nearest club to you today!