The league runs from April to August, with teams battling it out to qualify for National Finals Day and ultimately be crowned National Champions.

The league continues to grow and currently features over 60 teams split across two divisions.

Each division is then split into four regional conferences:

The league season comprises of several regionally based game days, through which teams compete to qualify for National Finals, which feature both a Championship and a Plate bracket, along with promotion and relegation play-offs. 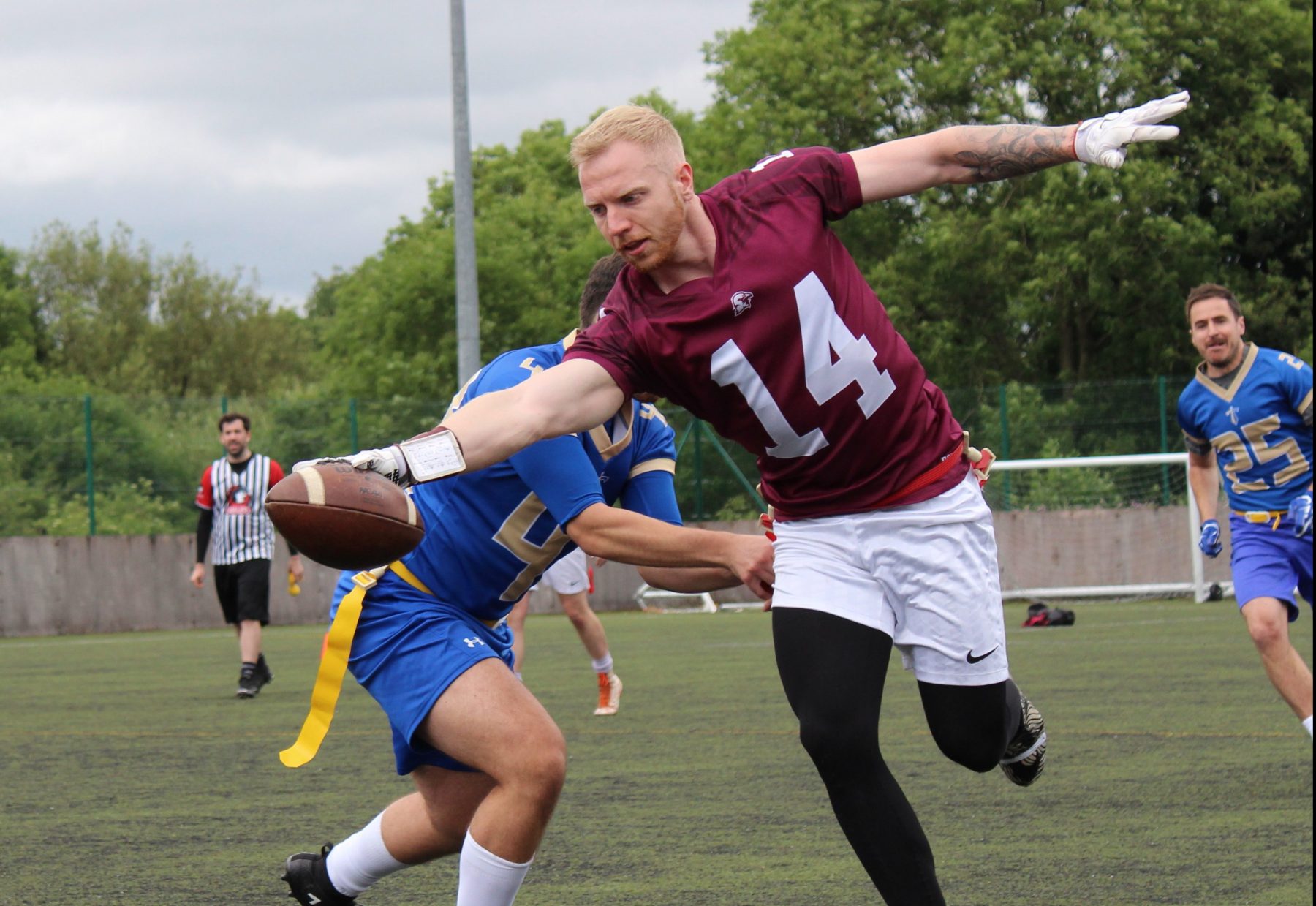 The finals feature both a British Championship and a runners-up Plate bracket, with promotion and relegation playoffs for the qualifying teams.

Manchester played host to Adult Flag finals in In 2019, with a weekend of action crowning champions in both League 1 and the Premiership, along with promotion and relegation battles and the Plate competition.

In the Premier League Plate final it was an all-London affair, as the former Britbowl Champion London Rebels claimed victory over the Victoria Park Panthers, 31-25.

An incredibly competitive day in the Premier League playoffs saw the London Smoke and the Cardiff Hurricanes face off in the final.  Both teams had come through nail-biters in the semi-finals, with the Smoke defeating their local rivals the Baker Street Buttonhookers 47-45, whilst the Hurricanes outlasted the Grangemouth Broncos in a 39-38 thriller.  The final lived up to the billing and was a back-and-forth contest until Cardiff struck the decisive blow in the second half, allowing them to run out 47-38 victors and claim the 2019 BAFA National Flag Football League Championship crown, with Cardiff player Kostas Karras being named the MVP. 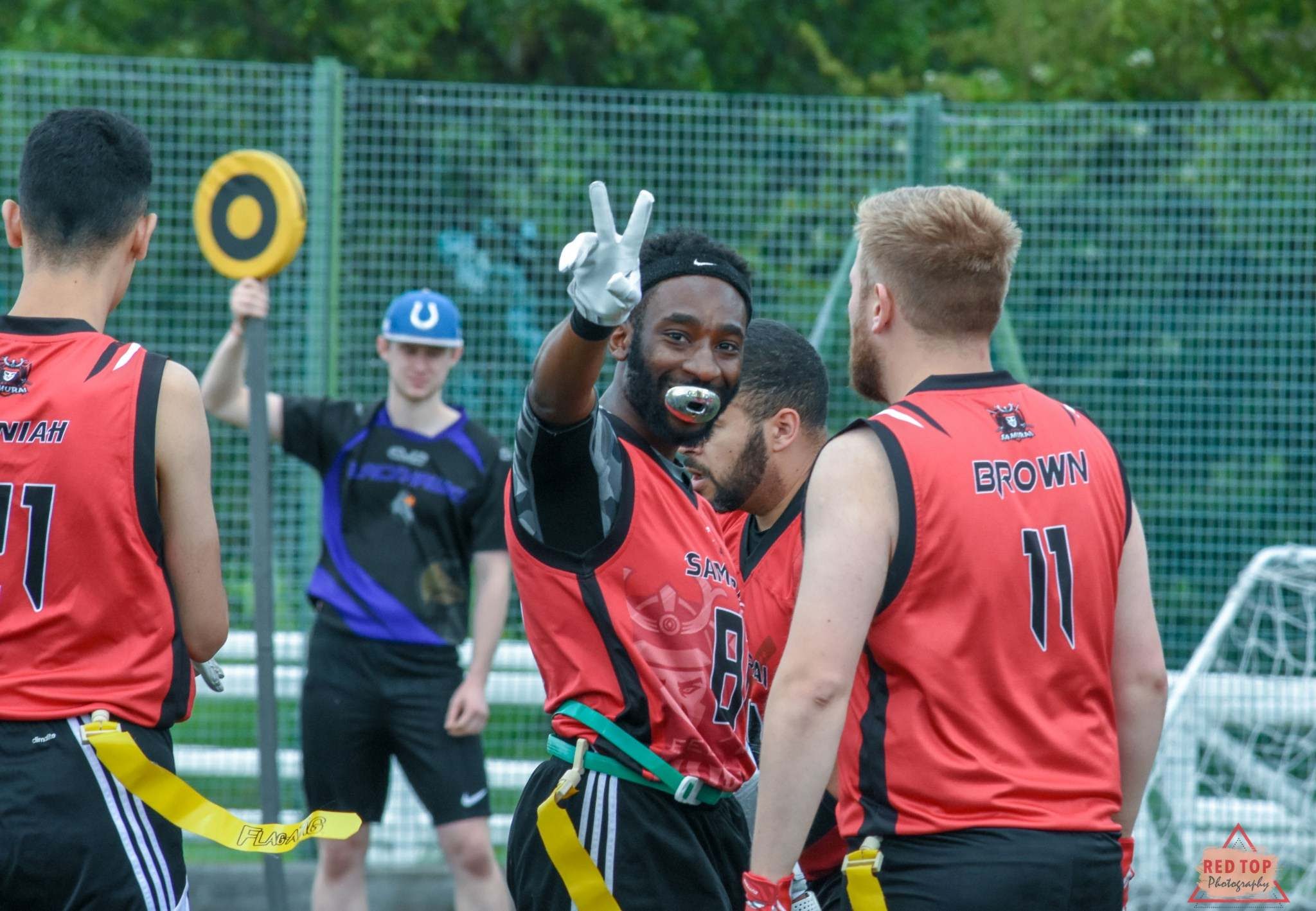 The Division 1 Championship playoffs saw the Weston Supers – who had overcome the Southern Reapers 45-38 in the semi-finals – take on the South Midlands Outlaw Gunslingers – who had overcome the Coventry Cougars 44-25 in their semi.  The final would come down to the very last play, with the Weston Supers converting from the 1-yard line to win the game 38-32 and become the 2019 Division 1 Champions.  Sam Matthews of Weston took home the MVP honours in the final. 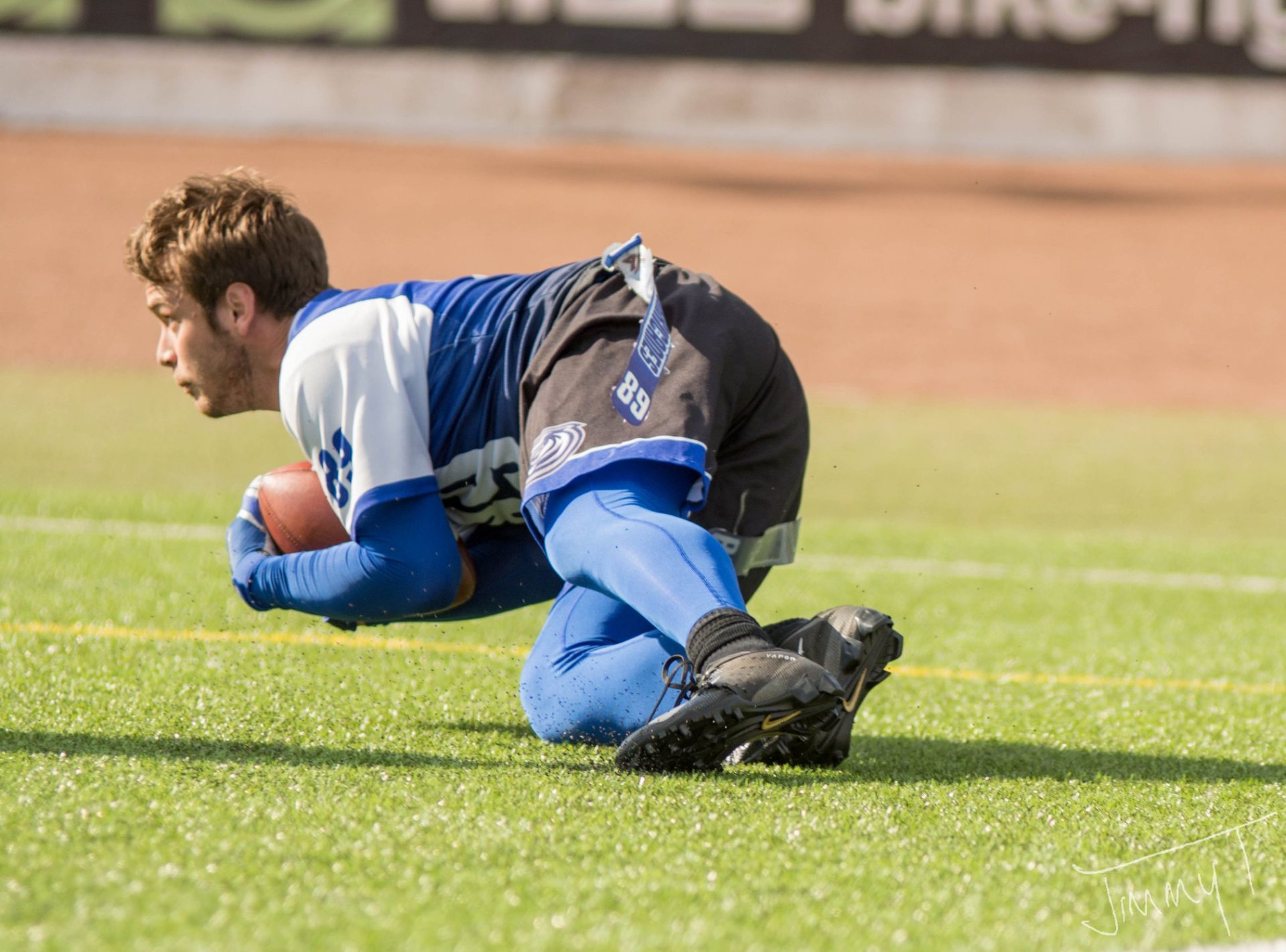 Please visit the ‘Find a Team’ page under the ‘Get Involved’ heading to search for your nearest flag team.