BAFA are pleased to announce details on the GB Womens 22/33 programme, that will kick off on Saturday 19th November 2022.

We are inviting all coaches to put forward their nominations for any female players that wish to take part in two Development days, Saturday 19th Nov and Saturday 10th December 2022. These dates are specifically aimed at any female player that would like to play 11’s and want to be considered for the All Stars game planned for Feb 2023. We encourage all coaches to email gbwomen@britishamericanfootball.org with the contact details of any female player from the Adult game, Female game or BUCS.

From the two development days the GB Women’s team will be selecting two squads for the All Stars training sessions, planned for Jan/ Feb 2023 where they will have a Northern team v a Southern team. Players from the Midlands will be split across the two teams.
The purpose of the all stars game is to select the GB training squad for their two international games in 2023. IFAF are due to do a draw later this year where it will be announced who the GB Women’s team will play and which of the three ringfenced dates will be allocated a game.
The closing date to send your nominations in is Friday 11th November, so be sure to send them in as soon as you can to the GB Women’s email address, who look forward to receiving all your nominations! 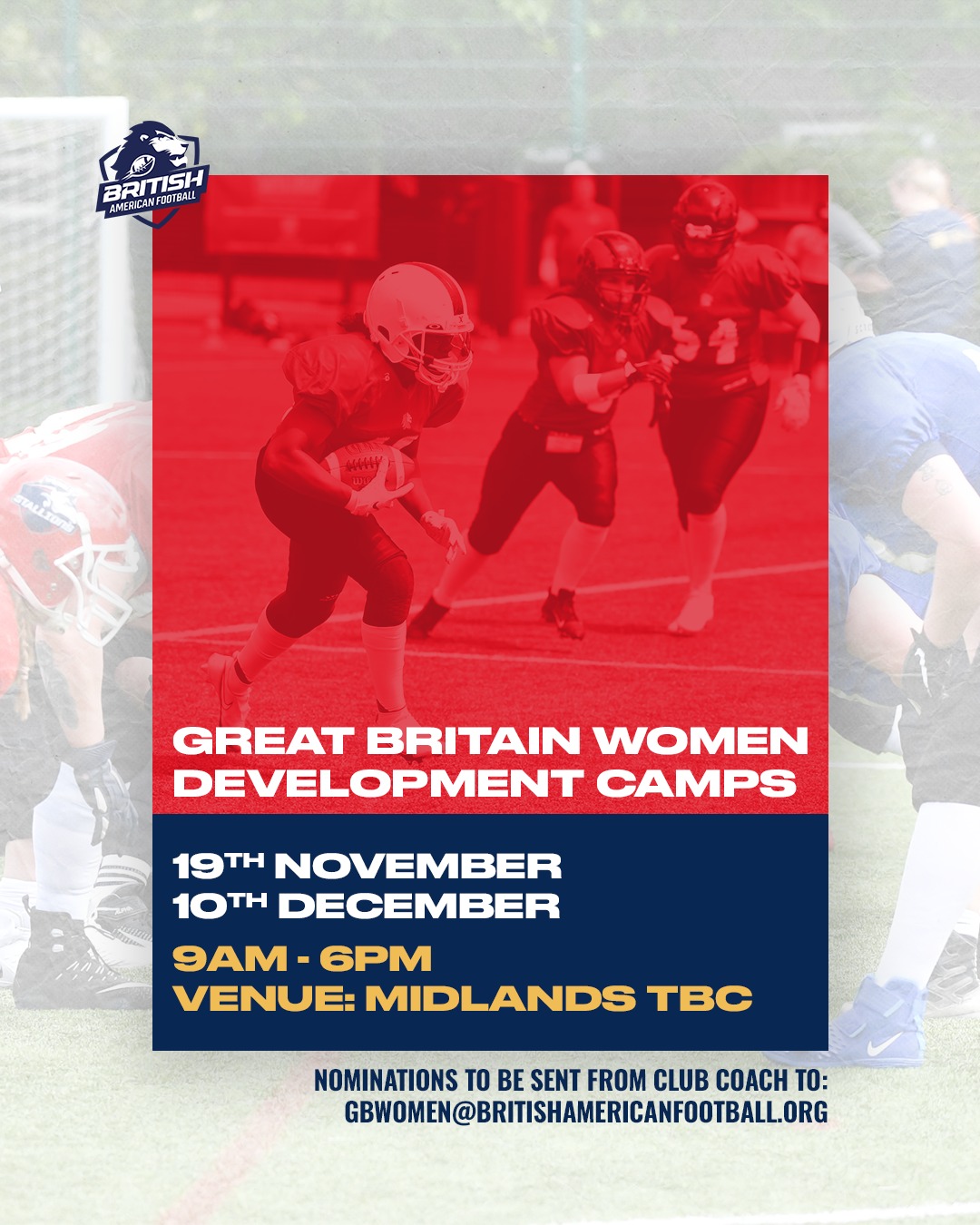