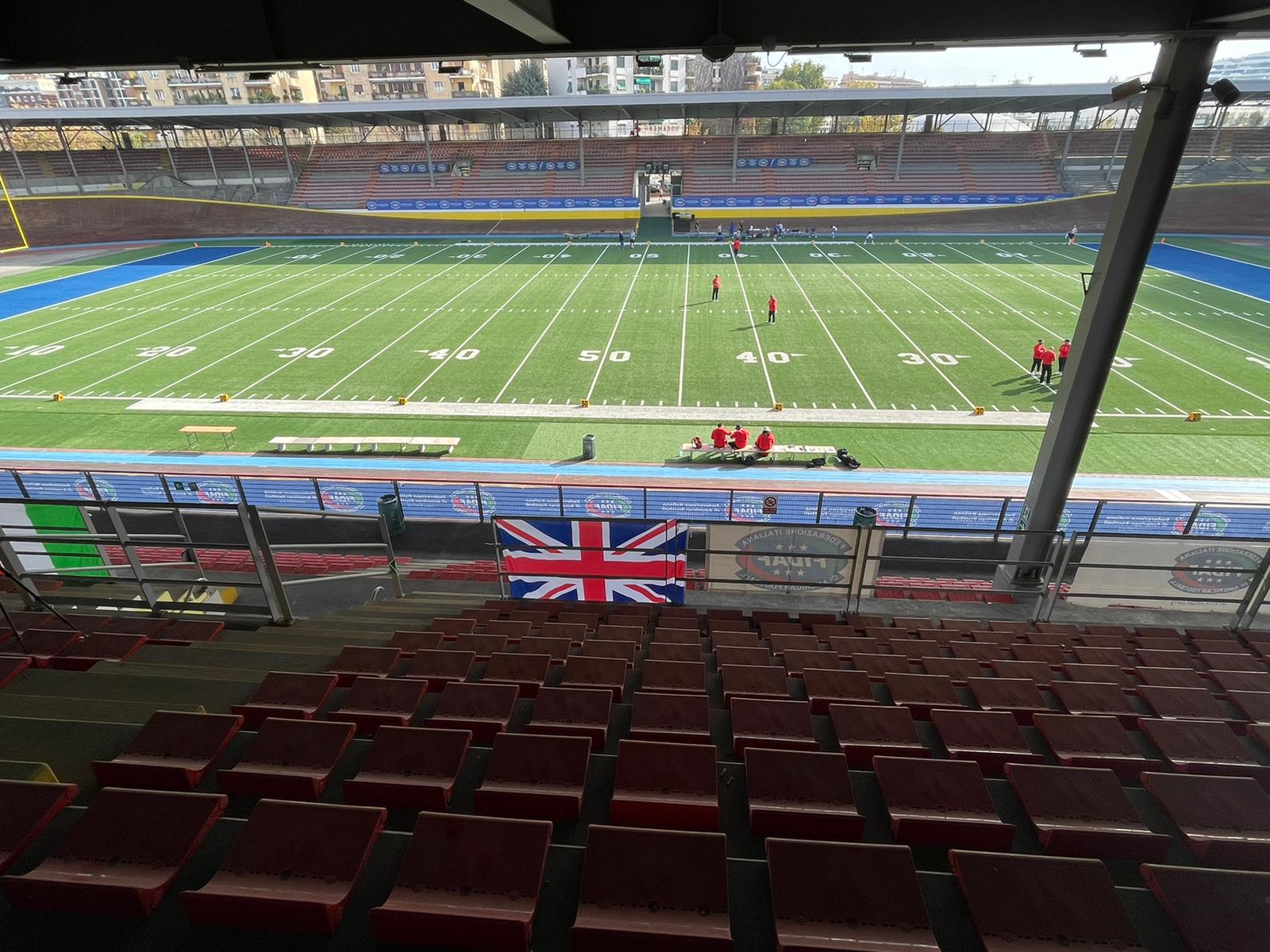 Great Britain’s men fell to a narrow 28-23 defeat at the hands of European Champions Italy, in Milan. The Lions took an early lead in a hard-fought match at the Vigorelli Velodrome, through a Dwayne Obi’s 15 yard touchdown run and with Alexander Lenkowski adding the extra point. 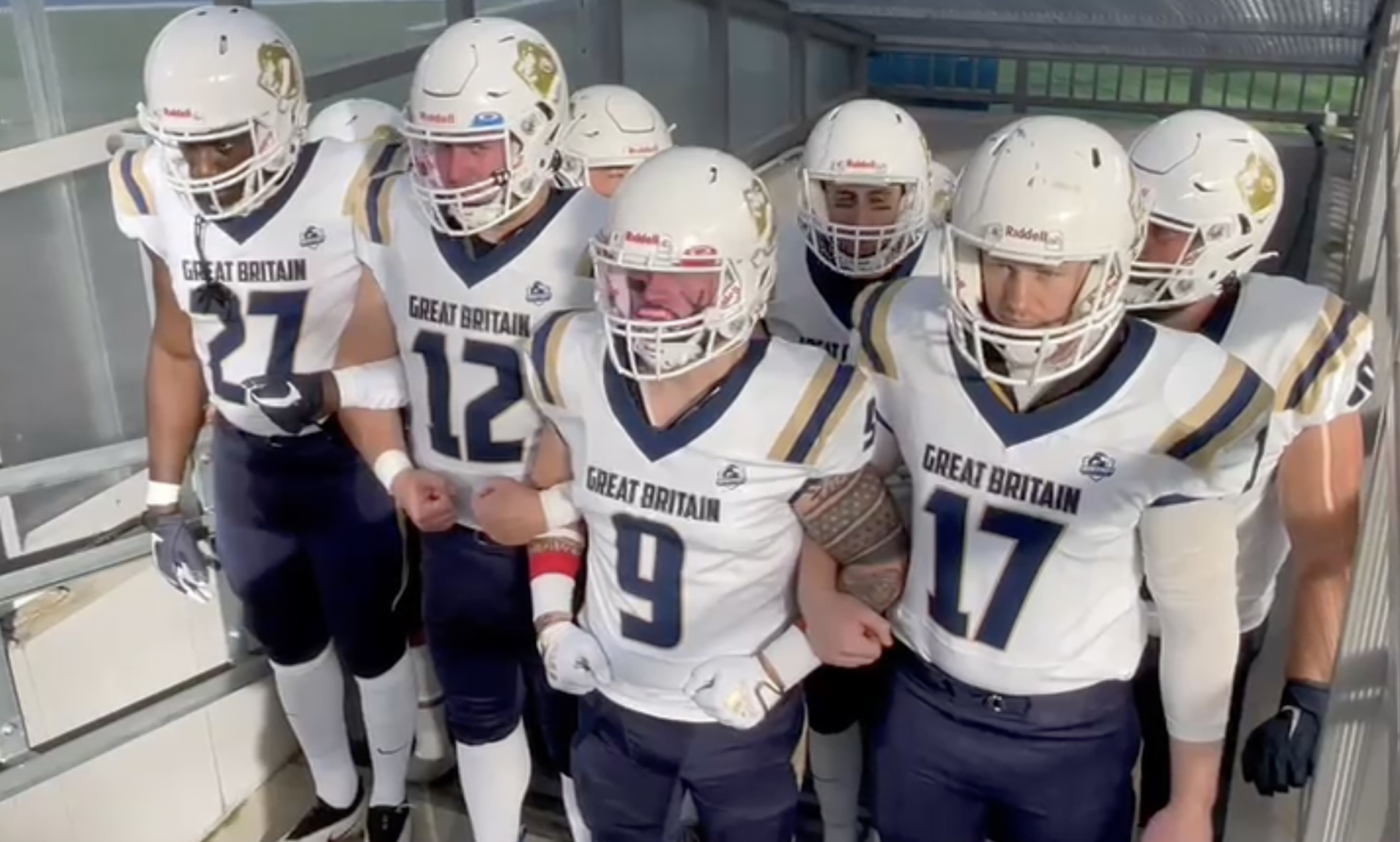 Italy responded with a touchdown and EP to bring the scores level at end the first quarter level before an rollercoaster second period saw the lead change hands three times.

Obi of London Warriors restored the lead for the visitors, but their hosts showed a dogged resilience to restore parity at 14-14 before GB gained a narrow lead through a safety.

But Italy would go into the interval with the advantage, scoring a further touchdown to take a lead which they were able to maintain for the remainder of the game. They were able to widen the scoreline to 28-16 before GB narrowed the margin with a touchdown by Joseph Hamilton of London Blitz receiving a 20-yard pass from impressive young Tamworth quarterback Joshua Allsebrook – and a third EP of the game from Phoenix clubmate Lenkowski. 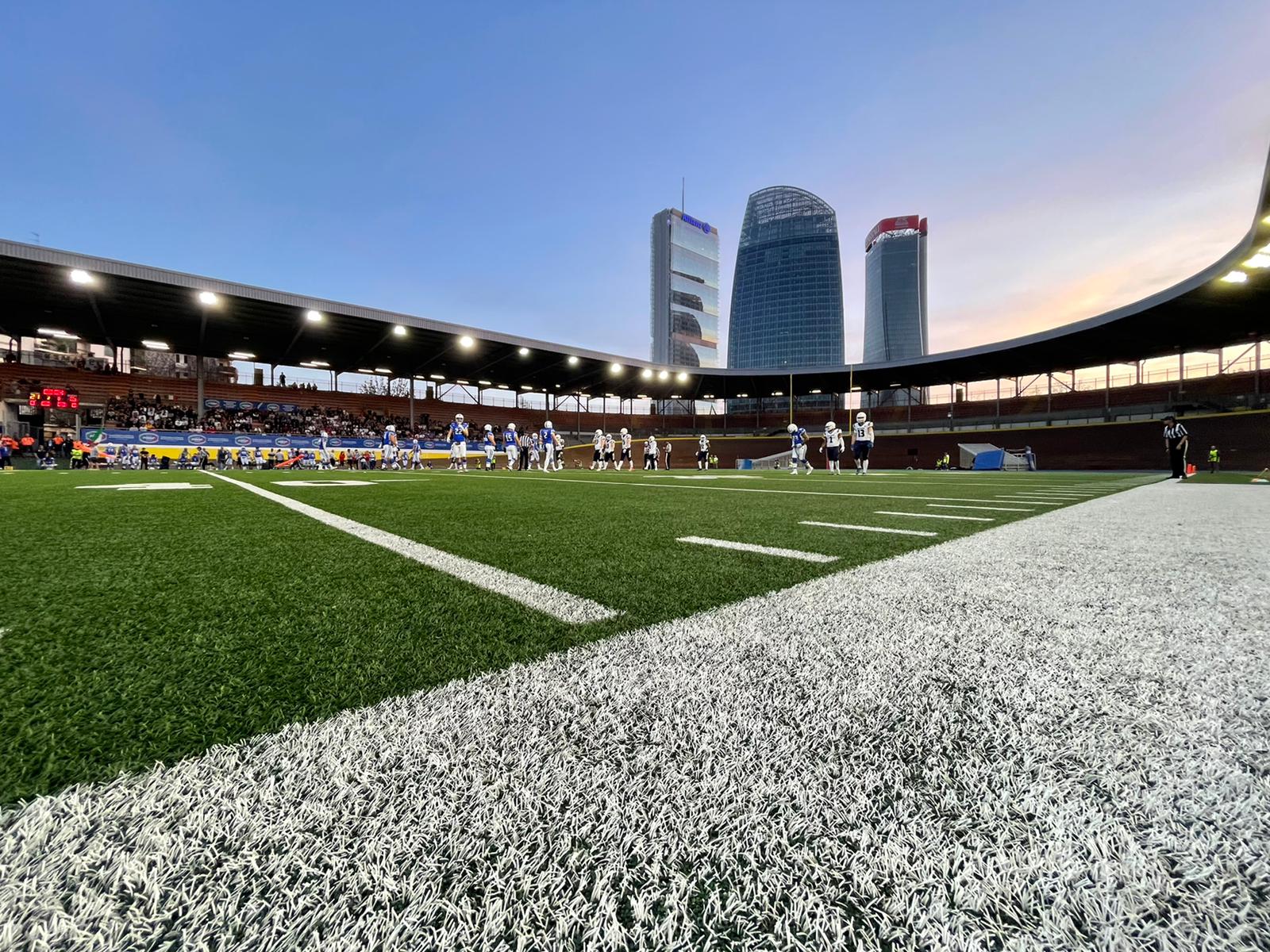