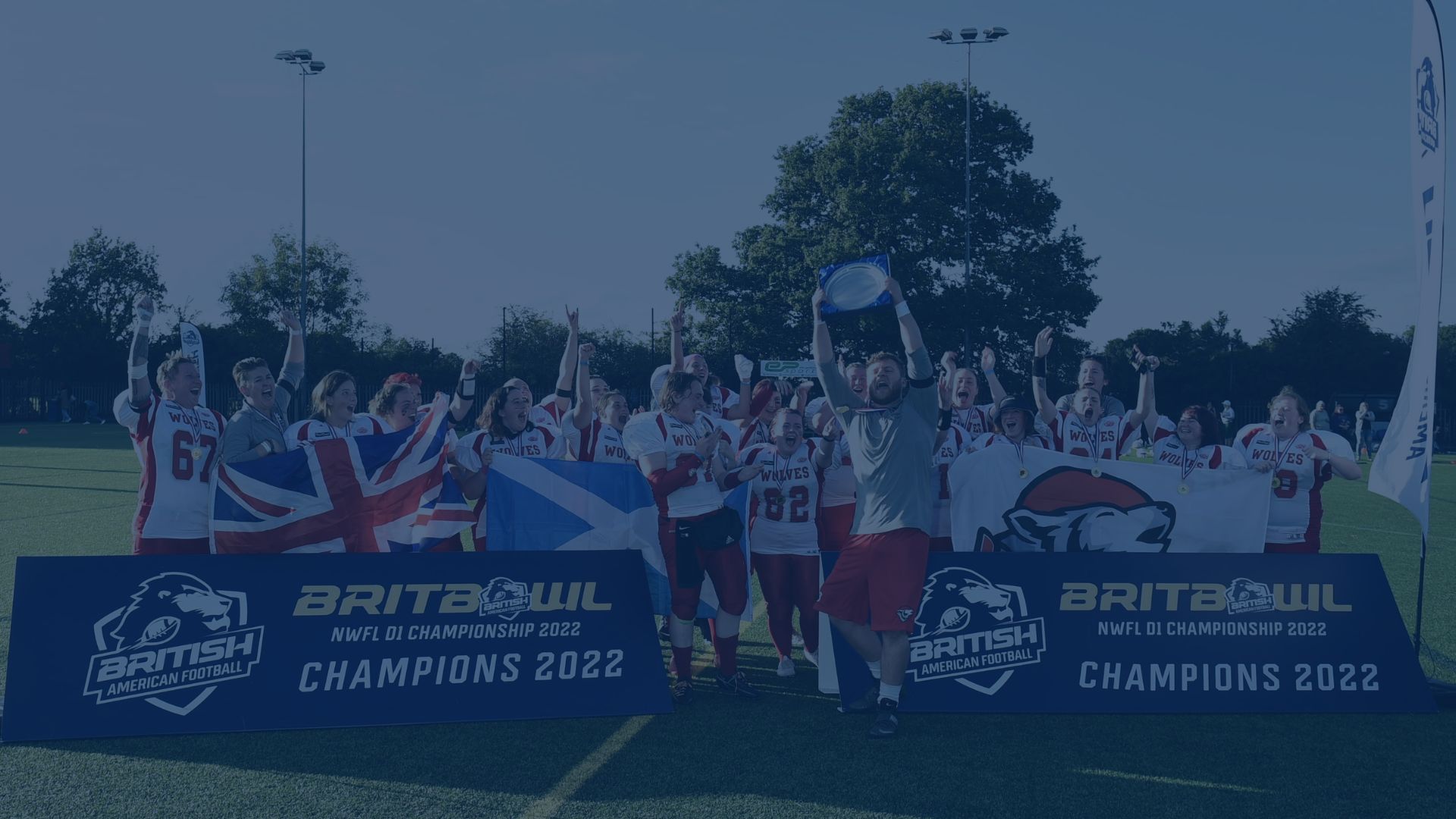 Wolves claim NWFL Division One crown with win over Peterborough

The Edinburgh Wolves came out victorious in Saturday’s NWFL Division One Finals after defeating the Peterborough Royals 27-21 in an action-packed championship game.

The Wolves had previously beaten the Leicester Falcons 25-12 while the Royals survived a late fightback from the Portsmouth Dreadnoughts to win 37-28 and book their place in the final.

The Division One North and Central champions then traded blows in a thrilling back-and-forth championship game, with Edinburgh ultimately taking the upper hand behind one passing and two rushing touchdowns from quarterback and eventual Finals MVP Rylee Adamson. 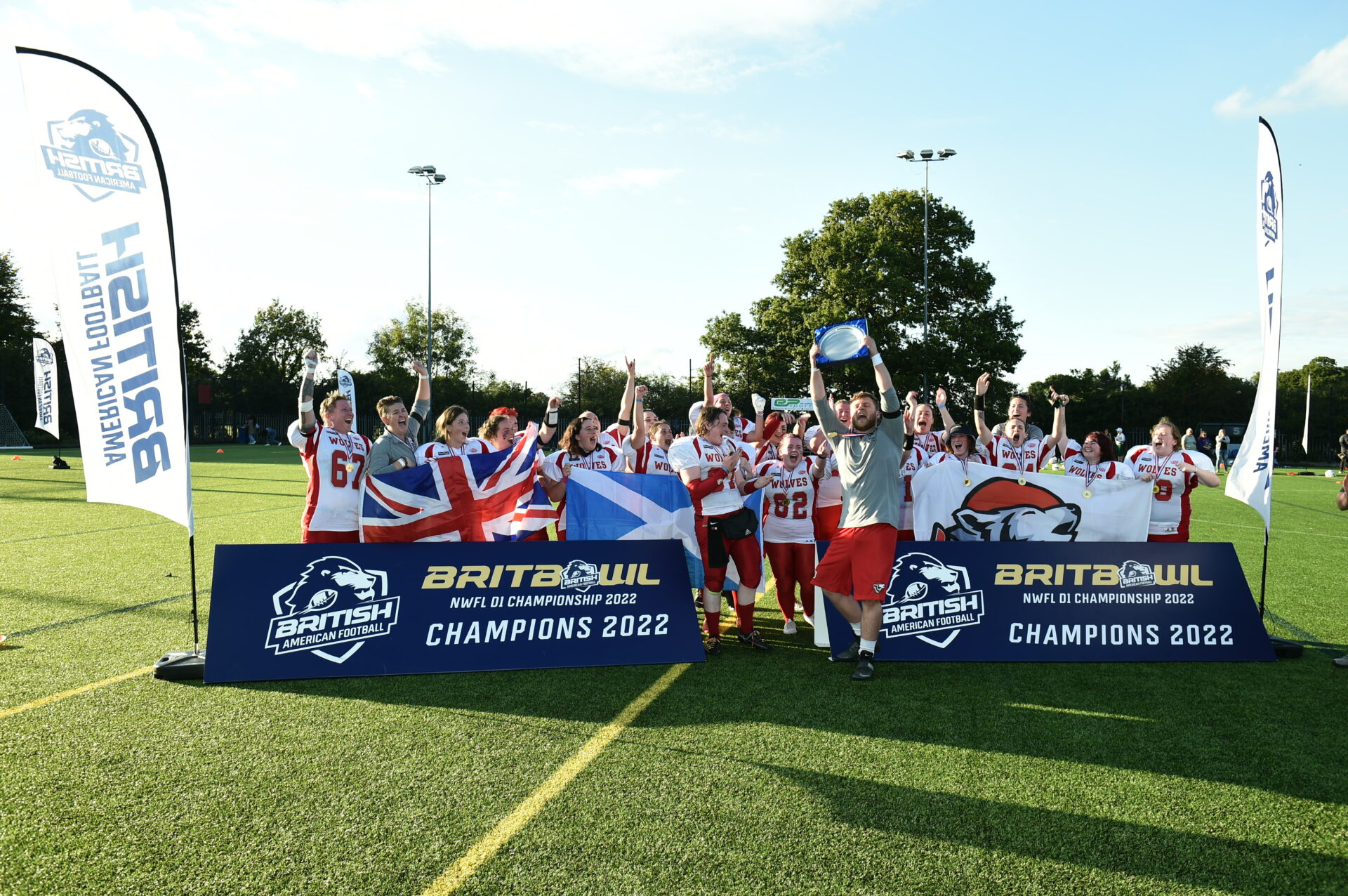 After a tense opening saw both defences take control, Edinburgh broke the deadlock late in the first half as Adamson scrambled free for a 40 yard touchdown run.

Peterborough responded before half time with a one-yard rushing touchdown from Jade Heales, setting up a compelling second half with the score tied at 7-7.

Edinburgh moved the ball well to start the second half but came up one yard short, turning the ball over to the Royals who proceeded to drive down the field and take the lead through another one-yard rushing touchdown from Heales.

Adamson then took charge for the Wolves, flying in for a 45 yard touchdown run to cut the deficit before delivering a deep pass to running back Danielle Dunlop who took it 45 yards for the score. 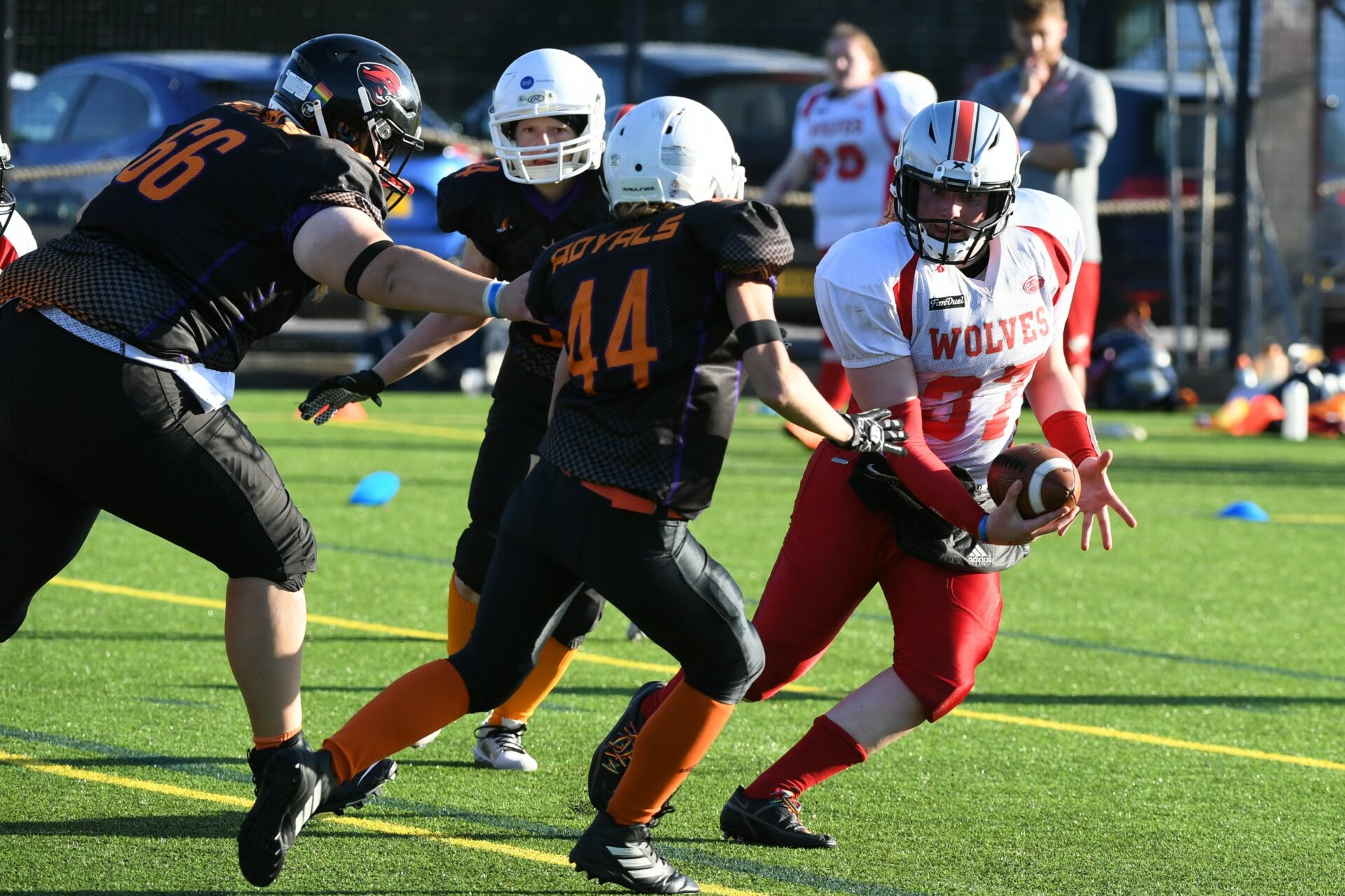 Now down 20-14, the Royals pulled some misdirection from their playbook with receiver Jess Liddiard carrying the ball 41 yards before being tackled by Wolves defensive back Emily Mullen at the four yard line. The Edinburgh defense could not hold on, however, with Heales running in her third of the game and adding a two-point conversion to take a 21-20 lead.

Edinburgh were by no means finished. The Wolves again flexed their offensive firepower driven by Adamson, handing off to Dunlop who followed her quarterback’s lead block to run in for a 12 yard touchdown. Running back Ellis Lovett added the point after and with less than a minute to play, the Wolves found themselves up 27-21.

It was then up to the Wolves’ defense to seal their championship title. More red zone heroics from Mullen held the Royals outside the five before Megan Reid punished a botched Peterborough snap, coming through with the sack and rewarded with the final whistle.

”Everything came together today. I've been working really hard on my chemistry with my receivers and the offensive line were doing a fantastic job at giving me time in the pocket. We always have to rely on our defense and it was pretty intense at the end, but they came through for us. I’ve been anticipating this day for ages and it couldn’t have gone better, a picture-perfect finish.

”Our players have gelled really well. Everybody trusted the process and came together. As a coach I’m ecstatic, the players have shown incredible grit. Peterborough were a fantastic opponent today but our defense really believed in themselves and ground it out.

In the NWFL Division One 3rd Place Playoff, the Portsmouth Dreadnoughts earned a 27-21 victory over the Leicester Falcons.

The Dreadnoughts established themselves early on with defensive lineman Sarah Jane Brain opening the scoring through the first of several safeties on the day. Brain would go on to provide a defensive masterclass with constant pressure and tackles for loss for her side from the South Coast.

Portsmouth’s offence joined the party with quarterback Iona Sennett firing the ball to running back Stephanie Wyant for a 20 yard touchdown. Running back Eilidh Currie added a rushing touchdown before halftime to give the Division One South champions a 19-0 lead.

Leicester fought back in an impressive second half effort with Faye Doherty recording a hat-trick of touchdowns on 35 and 45-yard runs in addition to  a thrilling pick-six interception return.

Portsmouth kept their strength, however, and with Wyant running in her second touchdown of the day, the Dreadnoughts earned a hard-fought third place in the 2022 NWFL Division One. 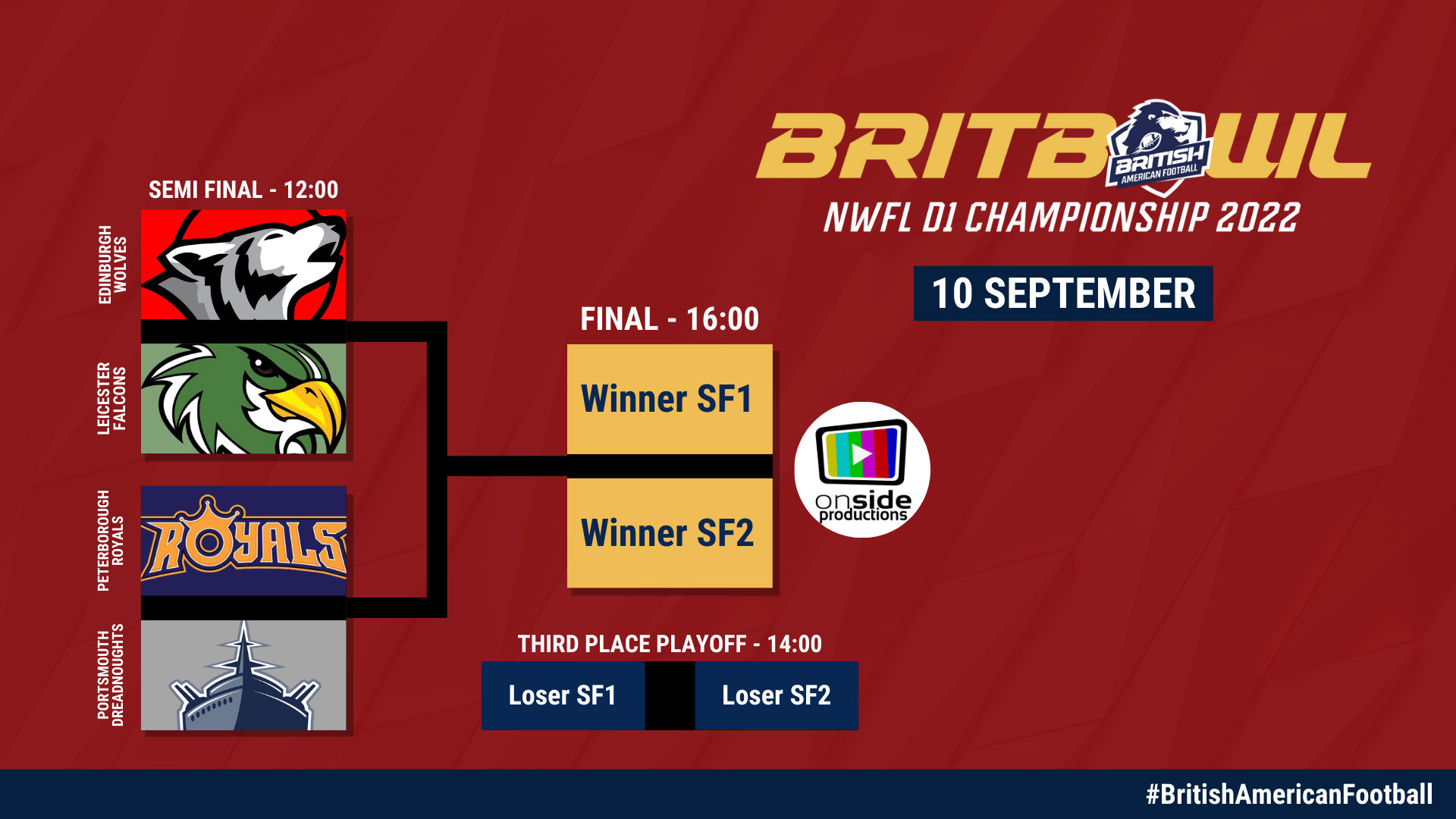