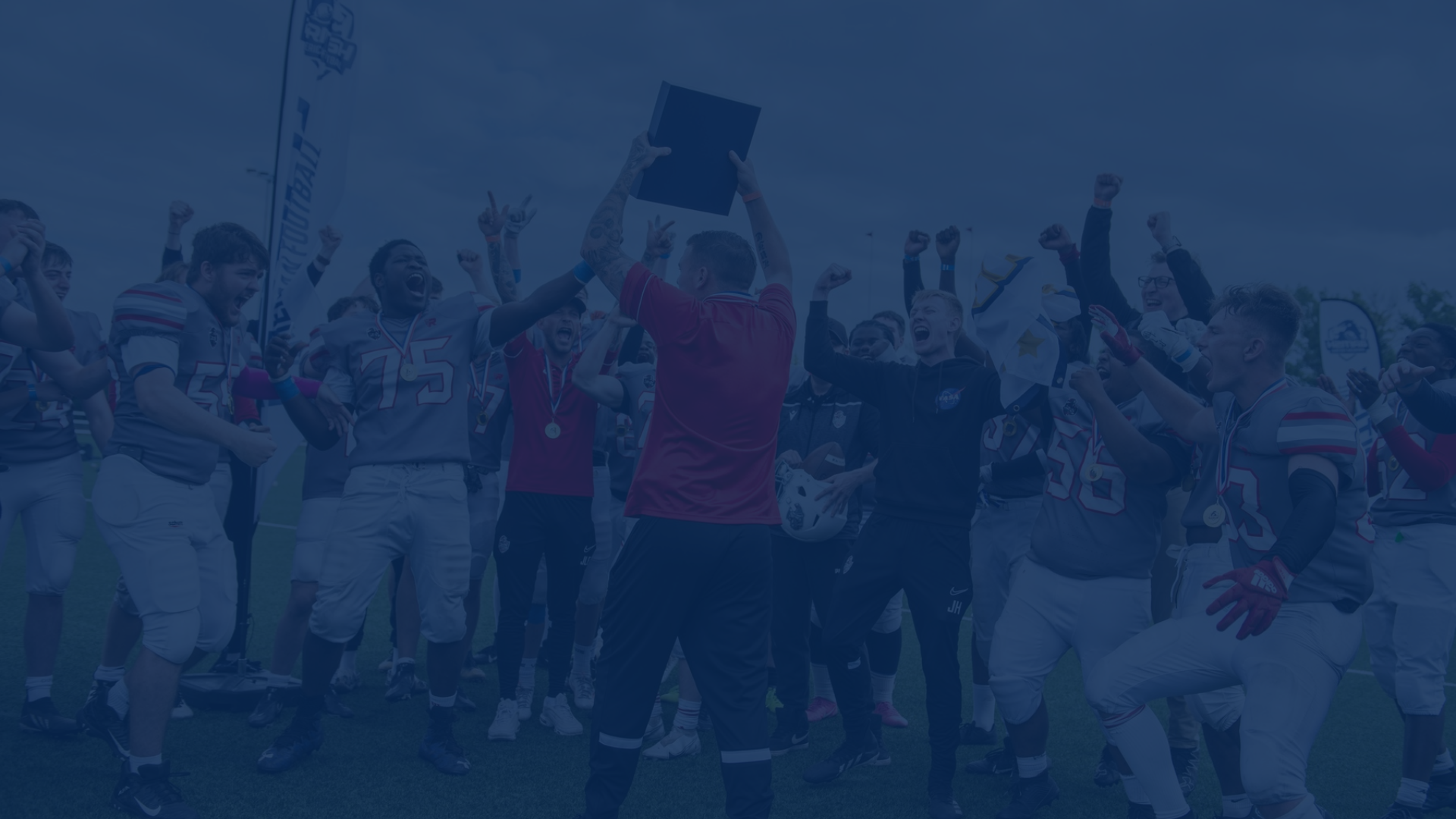 Northants Knights coach Jack O’Beirne has praised his team who came out victors in the U19s Division 2 championship.

The Knights entered the season as league newcomers, but showed that they would not be constrained by reputation – powering through the regular season to earn top spot in the rankings.

And they maintained their form with a 27-26 over second-ranked Chester Romans in overtime in the Final at Cambridge. 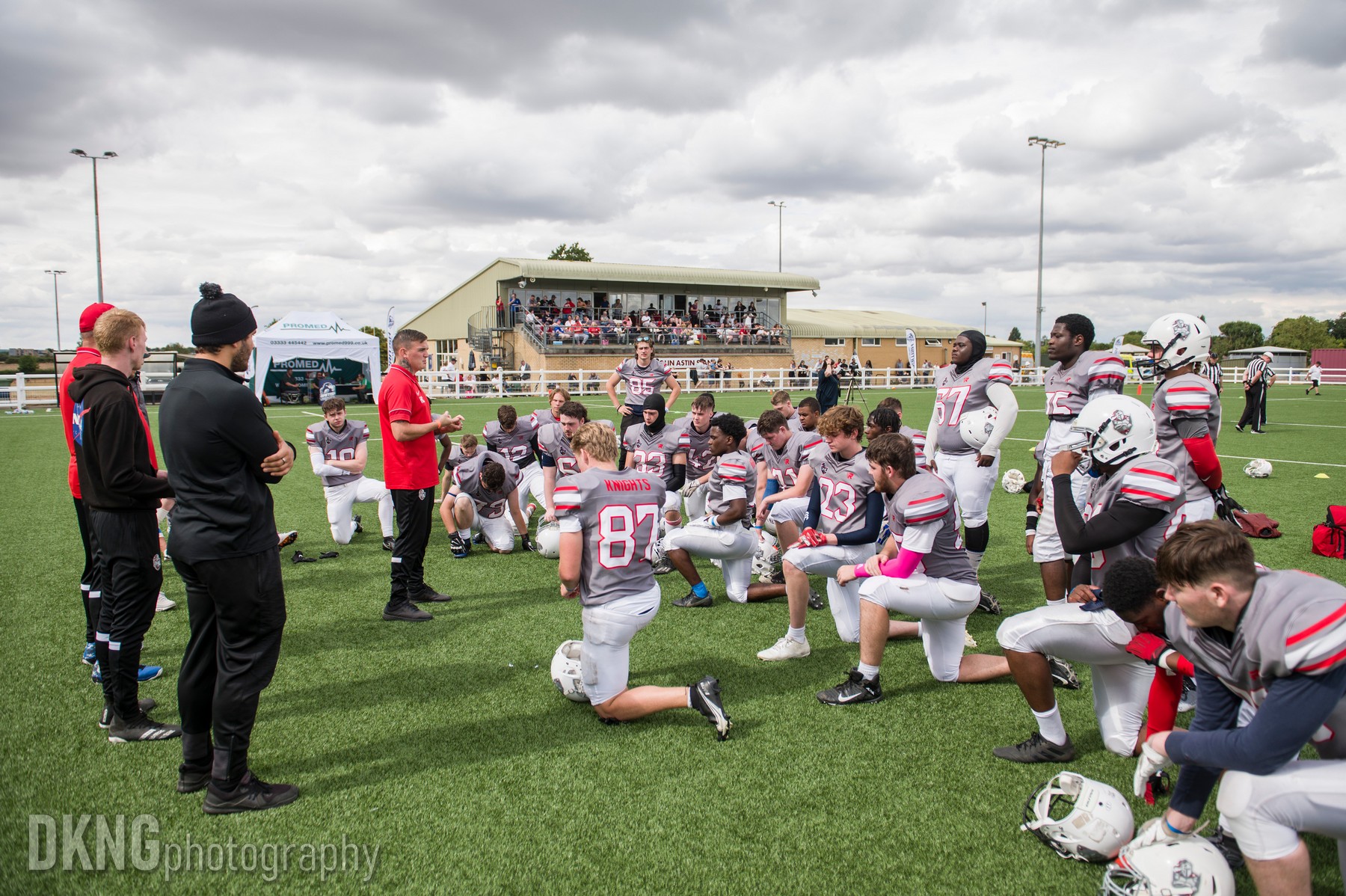 However in the lead up to the showdown, the Knights had suffered a major setback. Quarterback Luke Brotherton got injured in training – which resulted in a major tactical rethink.

“Luke tore his oblique which meant a last-minute change-of-plan and heavy focus on the running game. Credit has to go to our offensive line and the MVP, Oli Thomas, for all of his tough running as well as the defence for consistently getting us the ball back,” explained O’Beirne. 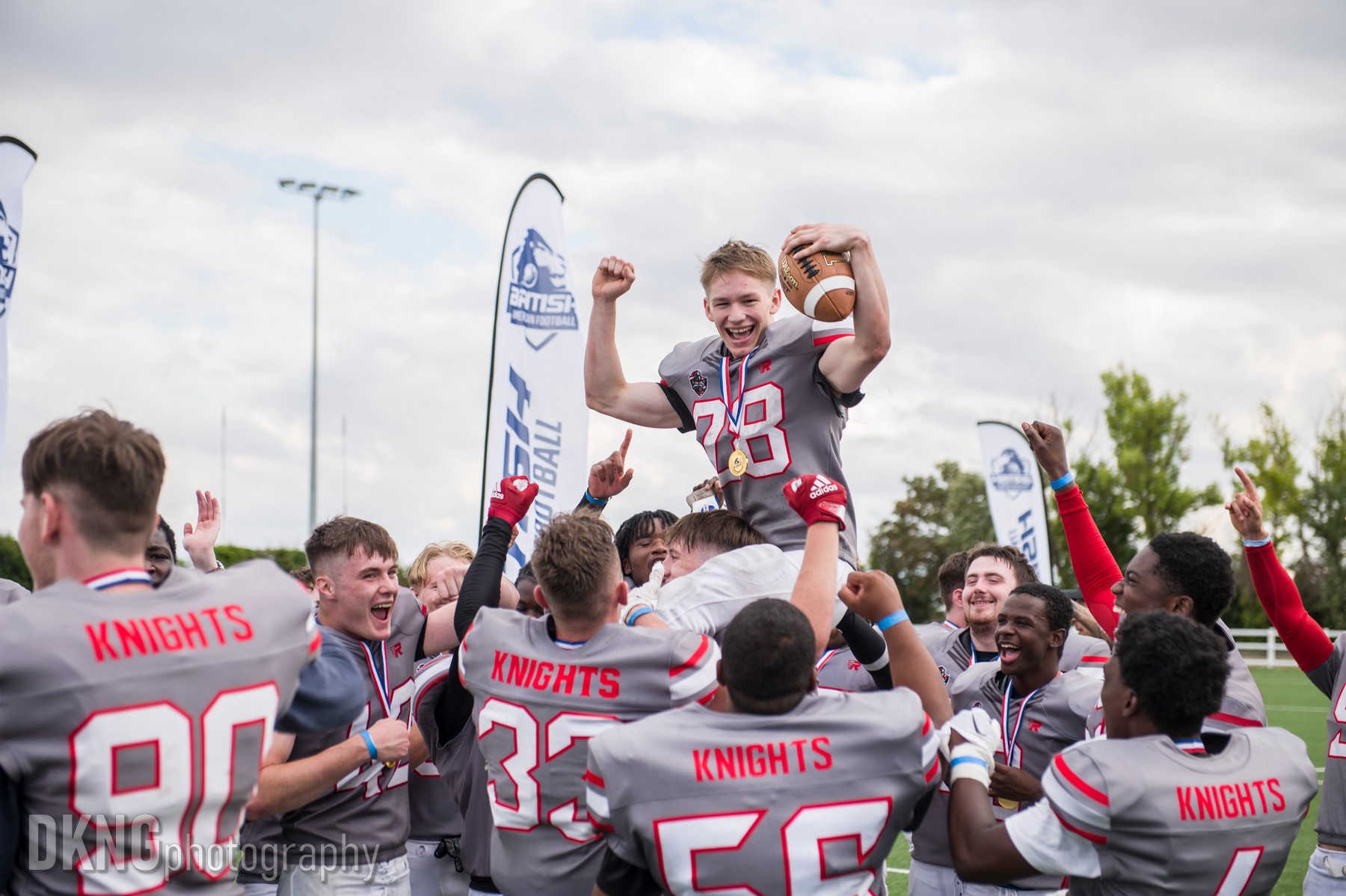 “I am so proud of the effort of my players, not just during the finals but all season. Being a new team we were the underdogs going into the year but everybody bought in to what we are building and the foundations have now been laid for future Knights.”

Images courtesy Dik Ng Photography
Keep an eye out for more news and coverage of the BAFA National League post-season.
Interested in getting into American football, find the nearest club to you today!