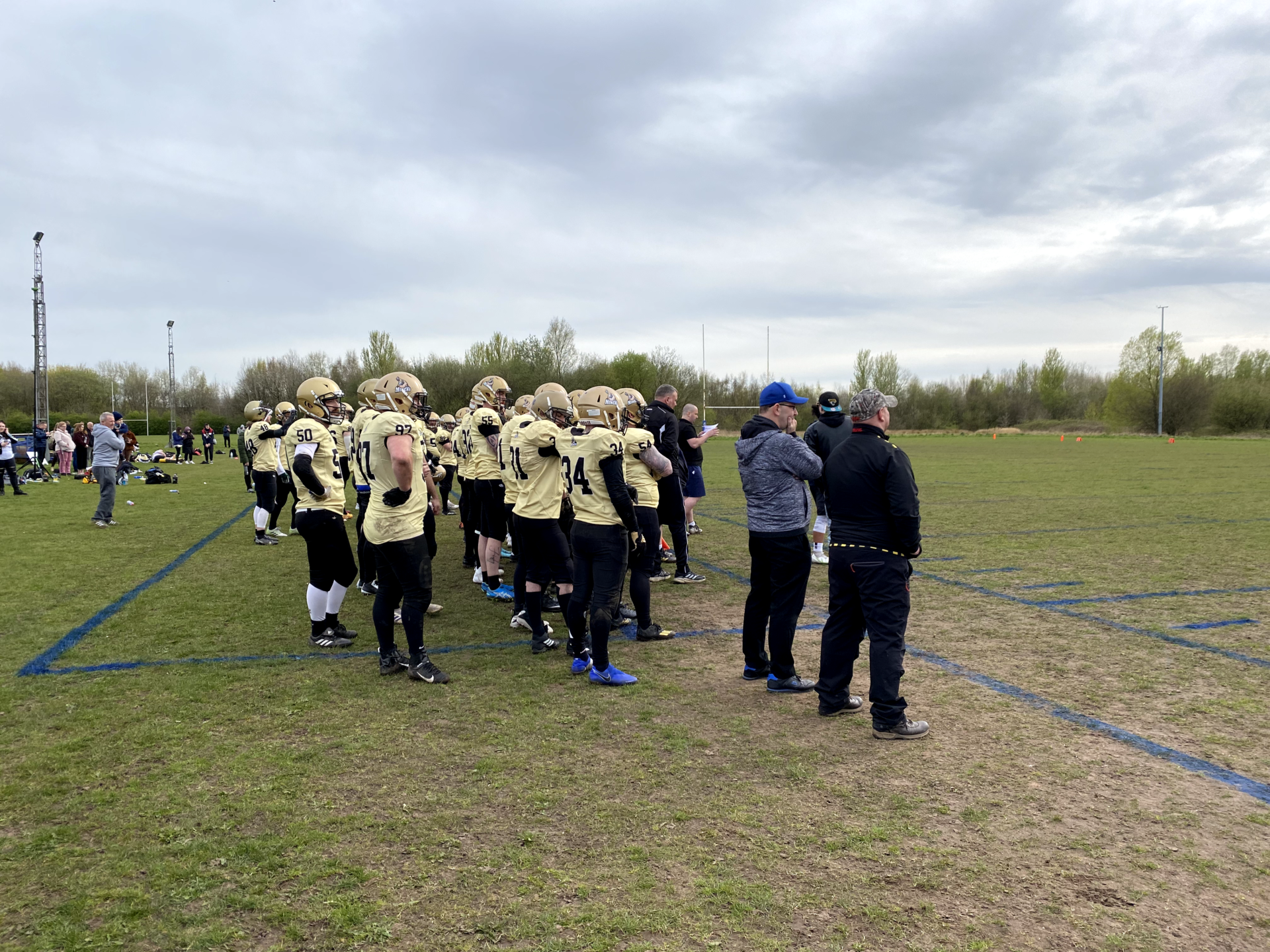 Although they didn’t come away with the victory, it was still a great game to watch. We spoke to the head coach of the Miners, James Higham, after the match to find out what it was like to see his team play in their first BAFA game.

“It’s great, it’s nice to be part of it… We’re proud to be here in such a short time and we’ll continue to keep working hard so we can be competitive.” 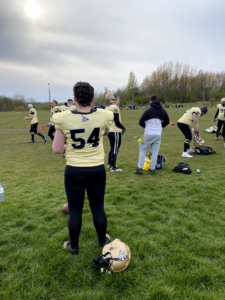 With the teams being tied 8-8 at the end of the first quarter it looked like either of them could come away victorious. But the Crewe Railroaders showed their experience as time went on and came away with the 49-14 victory. Despite the scoreline, the Miners continued to fight and kept things competitive. Higham was optimistic about how his team performed.

“It was a difficult game, we always knew it was going to be. We managed to run some plays, we got in the end zone a couple of times, we made some good stops, and had a couple of good special teams plays.”

Ultimately, some costly turnovers and penalties from Leigh saw Crewe come away with the win. The Miners’ head coach went into more detail about the difficulties his team faced.

“[There were] so many penalties today which really killed us. We lost about 50 yards on offence through penalties. But that’s just through inexperience, you know?”

With the first week of the season now in the books, Leigh still have plenty of time to right the ship and show the NFC 2 West what they’re made of.

“We can draw a line under this and get better on the training field… fingers crossed we will improve.”

We also managed to speak to Ben Melbourne, offensive coordinator for the Crewe Railroaders, who summed up his thoughts on Crewe’s performance.

“It was a mixed bag, if I’m totally honest. There were moments of brilliance and moments where things didn’t quite go our way.”

Melbourne went on to describe how the team managed to gain momentum as the match went on.

“Ultimately I think it boiled down to first game and first half nerves… We failed to execute in a few key situations and we didn’t make the most of the advantages we had. In the second half everyone calmed down a bit and [the team] just got it done. I’m a very happy man.”

With the season only just getting started, Crewe came away from the game feeling like they can still improve upon their performance.

“There’s a lot we need to come away and work on. But, obviously I can’t argue with the [49-14] scoreline… I’m never going to complain about a win.”

Obviously one of the biggest parts of today was being able to see BAFA teams play competitive football for the first time since the start of the pandemic. Crewe’s sideline definitely felt the importance of yesterday’s moment.

“It is one of the best feelings in all of sport for me. Being back out there with the guys is second to none.”

And we couldn’t agree more! Everyone at BAFA is very excited to see how the 2022 season unfolds and wish all teams competing the best of luck.

A huge congratulations must go out to the Leigh Miners for playing their first league match as well – welcome to BAFA.