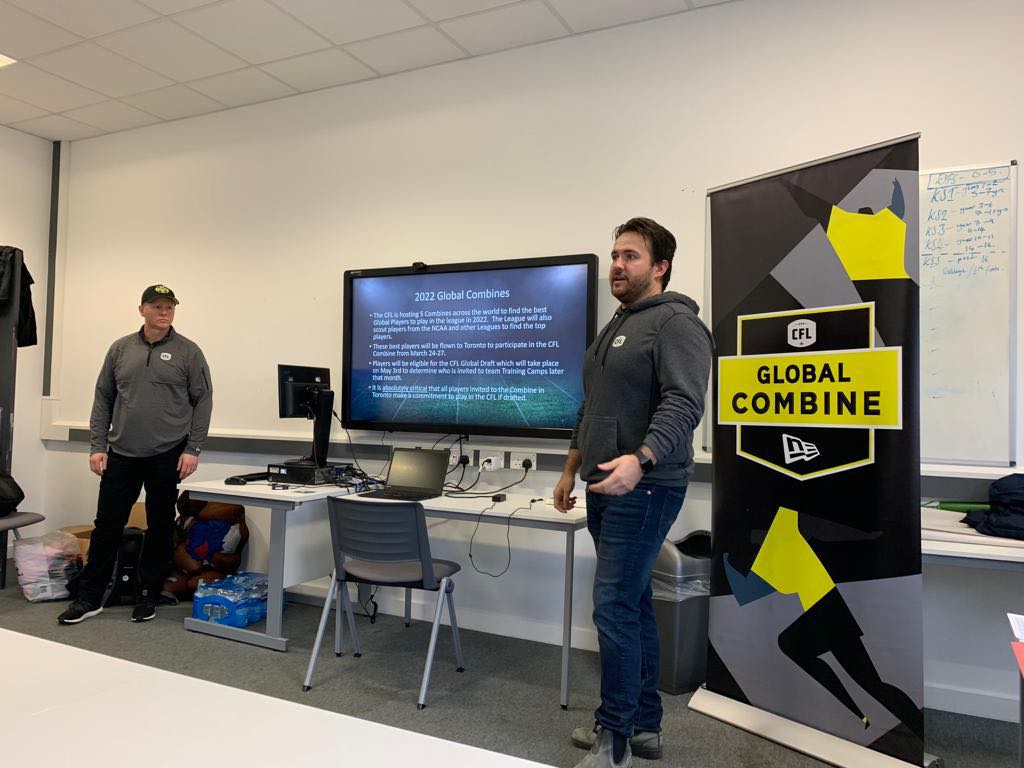 Following the CFL-UK Combine at the beginning of the month (Saturday 5 March), five athletes have been invited to the CFL Combine in Toronto later this month after what has been described as “the toughest combine to make a decision for”.

The five athletes heading to Toronto following the CFL-UK Combine are:

BAFA Head of National Programme Michael Callan, who was on the call as the athletes were told the good news, said: “It was great to get back on the field and provide this opportunity for the players and to get back together with the CFL. There were a lot of great displays on the day and all the players did themselves proud.”

Also on the call was BAFA Chief Executive Pete Ackerley: “I am delighted for the successful players and the Combine is a key part of our long term relationship with CFL and will inspire more players to play a part in the future partnership and helps in our long term vision for the development of British American Football”.

It’s not over for the remaining 15 athletes who took part in the Combine held in Bristol; they are still eligible in the draft as they will be placed into the draft list, enabling scouts and teams to see videos from the day. Speaking to his fellow athletes, GB’s Andy Owusu mentioned that this was his second attempt so as to not lose hope and encouraged others to keep pushing on.

We wish Andy, Simeon, Kris, Jai, and Maceo all the best with their journey to Toronto and we will continue to share news of their journey and others in the CFL Combine.

Interested in how the CFL-UK Combine in Bristol went? You can read all about it in this article by AFI journalist Alex Malchow.

”There were a lot of great displays on the day and all the players did themselves proud.”