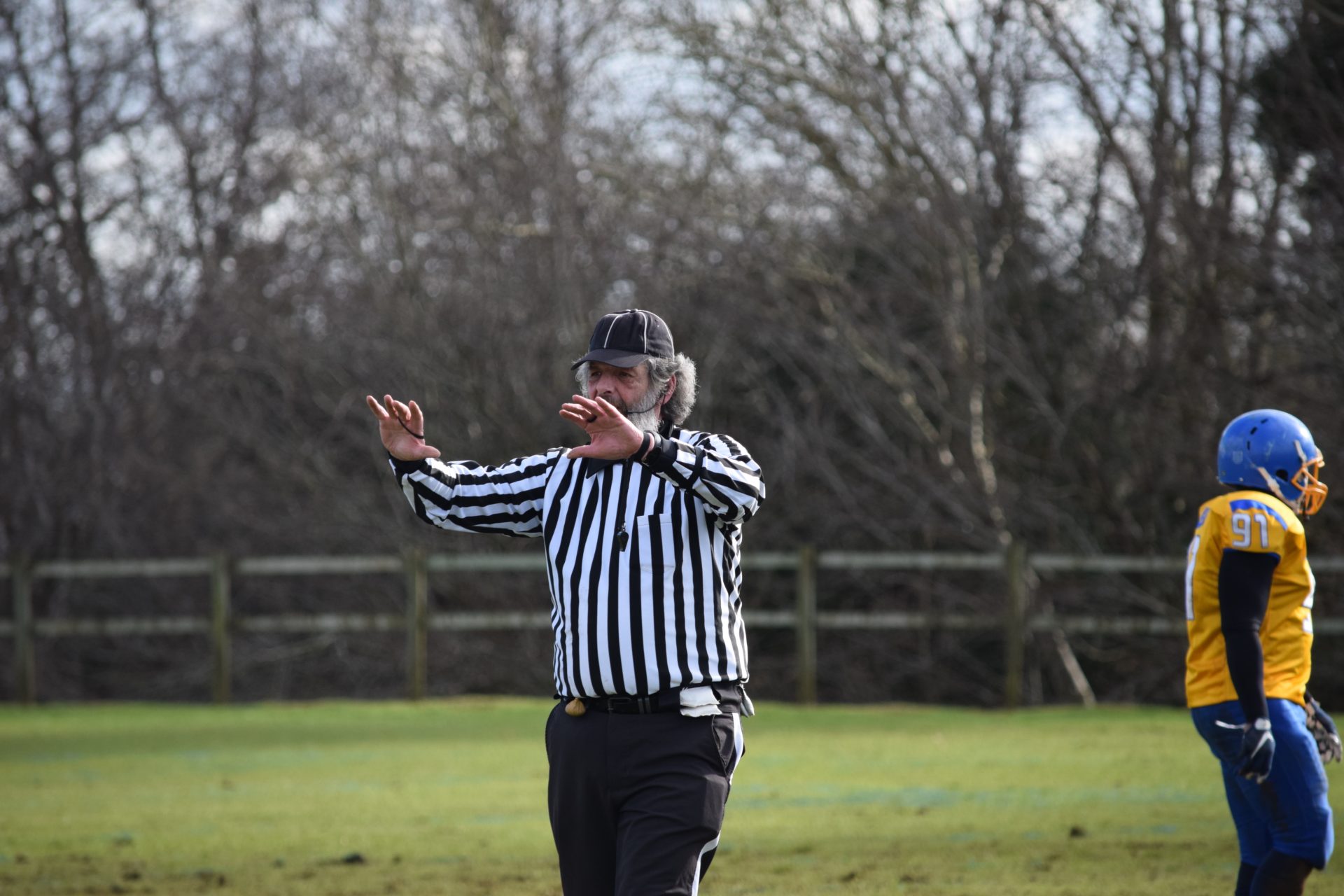 The BAFA Rules Committee has announced the contact football rule changes that will be brought into play on 1st March (except for the remainder of the BUCS season). The BAFA changes also reflect changes made by IFAF and NCAA.

We want to ensure that games are played under fair conditions. New restrictions mean that we will not kick-off if fields are much too big or much too small. This includes a mandatory minimum field length of 80 yards (and a maximum of 100), mandatory width restrictions, and mandatory minimum and maximum end zone sizes. Padding on goal posts must also be provided. These have all been “required” in the past, but from this year a game cannot commence or resume if they are not met. We are considering increasing the minimum length to 90 yards in 2023.

Secondly, 2G or earlier artificial surfaces have been banned. Few teams have played on them in recent seasons, but we are now taking steps to outlaw them on safety grounds.

We have initiated a series of changes to gently improve medical facilities over the next few years.

From this season, teams at Premier Division level must each have their own first aider, as well as the mandatory game medical cover. Since most teams have at least one first-aid trained coach, this should be easy to resolve, though teams will need to ensure that they have sufficient people trained to cope with absences. That rule will be extended to Division 1 in 2023, and to Division 2 and BUCS in 2024.

From 2023, Premier Division games will need to have an “immediate care practitioner” available – many games already have a medic with this slightly higher qualification. That will be extended to Division 1 in 2024, but we have made no decision about further roll-out.

We are grateful to the advice provided by a working group of the BAFA Sport Science and Medical Committee for prompting these changes.

Player safety rule changes include a prohibition on defensive linemen lining up opposite the long snapper on a kick play.

We know that tired players are at higher risk of injury. So the rules about extra periods have been adjusted to reduce the length of any overtime. If a game goes into a second extra period and a team scores a touchdown, they must go for a 2-point try. Previously this only applied from a third period. If a game goes into a third extra period, each period will now normally only consist of one play per team, which must be a 2-point try attempt from the 3. This is instead of the extra period starting with 1st down on the 25-yard line.

Player equipment rules now allow a player to wear the number “0”. However, no two players can wear the same jersey number (in a competitive game). This is to make it easier to identify players on the field. A player who plays two positions may wear two jerseys to facilitate changing over. The referee must still be notified when a change of number takes place, however.

Feigning injuries has not been as much of a problem in British American football as it has in parts of the US, but there are now provisions to penalise it directly or report it for disciplinary action if suspicions are aroused.

Jim Briggs, Chairman of both the BAFA Rules Committee and the IFAF Rules Committee said, “Each year we make improvements to the rules to make the game safer and to encourage better sportsmanship. In particular, we are looking to gently raise standards of important facilities. We are always striving to bring greater clarity to players, coaches and officials about what is safe and fair.”

There are a number of other minor rule changes. The full list is available here in PDF format. Note that the rulebook on the BAFA rules website has been updated with these changes.