By Maurice November 29, 2021 No Comments
After a period of nominations, deliberations and assessments we are delighted to announce the first six members of the inaugural British American Football Hall of Fame Class. All of those being inducted are being celebrated for their contribution to British American Football across the decades. For this inaugural class, there will be thirty very worthy individuals. Look out for the remaining members of the class who will be announced each day over the coming week. So, without further ado, please enjoy our selection below: 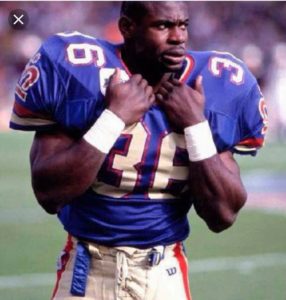 Universally acknowledged as the premier British player ever to be active in the game. He started his career with the multi championship winning London Ravens in the eighties as a running back, where he spearheaded a fearsome offensive unit. His combination of speed, size and athletic ability led to him being invited to take part in the NFL’s New York Jets training camp where he narrowly missed out on a roster spot. He was chosen to play for the London Monarchs in the NFL World League and was part of the World Bowl winning team of 1991. A stalwart of the GB National side, he scored the first ever touchdown for the GB Lions and played a key role in European Championship winning teams. He has worked as a coach for the London Warriors, passing on his wealth of technical knowledge. 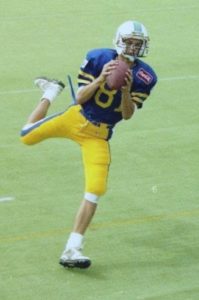 He started his career with the Glasgow Lions in the mid-eighties as a slightly built but very talented receiver. He was their go to guy for a number of years before being selected for the Scottish Claymores of the World League in 1995, where he went on to have a successful nine-year career during which he caught ten touchdown passes. He helped them win the World Bowl in 1996. He also played in one game for the Chicago Bears against the Pittsburgh Steelers in an NFL exhibition match in Ireland in 1997. 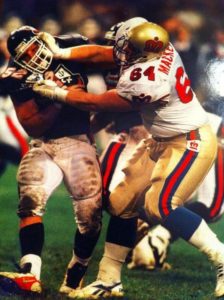 An imposing figure at 6’ 6” and over 350lbs. He started in Junior Football with the Bournemouth Renegades and played for the GB Youth team on the offensive line. He had four years at Hastings College in Nebraska honing his skills and returned as a powerful two-way lineman. He won a British division three national title with the Winchester Rifles before joining the London Monarchs of the World League in 1996. He played for the GB Lions senior team in 1997 and then played two more seasons for the Monarchs before returning to the British league with the Southern Sundevils.  In 2004 he was part of the PA (Farnham) Knights National Championship winning side, who also reached the European Club Championship final. His Football journey then took him to the Coventry Jets in 2007 where he won another British Championship, before returning to the Knights in 2008.

Another stand-out player from the London Olympians championship winning sides, he played for the Scottish Claymores in 2003 and 2004 before joining the Carolina Panthers of the NFL. Between 2005 and 2007 he was back in Europe playing for the Hamburg Sea Devils in the NFL Europa League. After he finished playing, he worked as the Head of Football Development for the NFLUK where he was integral to the development of the International Player Pathway programme. A true student of the game, he was the defensive co-ordinator for the London Warriors for six seasons. In 2018 he moved back to the NFL joining the Atlanta Falcons as a quality control coach and is currently the defensive line coach with the Dallas Cowboys. 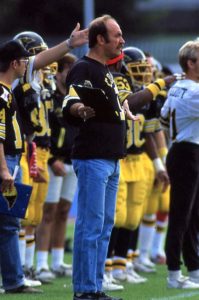 Working in real estate in London in the eighties, he came to prominence as the first Head Coach of the London Ravens, leading them to multiple championships as they stayed undefeated during his tenure. He also had a spell as the GB Lions Head Coach before becoming the President of BAFA. Universally respected by all in Britball, he was instrumental in bringing together the disparate factions of the British game into one league and was tireless in his work to move the game forward. 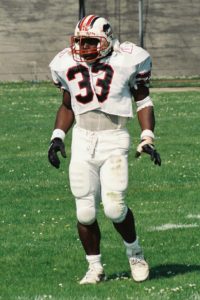 He began his career with the Walsall Titans as a running back, where his elite athleticism and speed got him noticed by local big city rivals the Birmingham Bulls, who he transferred to in 1986. He represented the GB Lions as part of a dynamic stable of running backs, helping them secure two European Championships. He was selected to play for the London Monarchs in the NFL World League. He Switched to playing defensive back for the Bulls where he was part of their British Championship winning sides.

A sad loss to our sport with the unexpected passing of Angelie Dela Cruz. Our condolences to her teammates on @icenispears, her friends, and her family.

We are pleased to share Kyle Taylor as the new BAFA Commissioner for Flag Football and the first iteration of his recommended structure for the management of Flag football in Britain.

We’re saddened to learn of the passing of Neil ‘Neo’ Edwards.

We are sending our thoughts, love, and prayers to his friends and family, and to all those shocked and saddened by his passing.

Due to technical issues tonight’s huddle will be rescheduled for another date. Apologies to those who have signed up and we hope you join us for the rescheduled date!

Athlete’s Huddle is back tonight!

Come and join the conversation on Zoom this evening by registering your place here: https://bit.ly/3KklliY