Here are the second group of inductees. Another round of esteemed football greats, who have elevated British American Football to new heights: 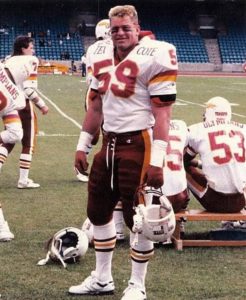 A dominating defensive force and fearsome hitter for the British Championship winning Streatham/London Olympians. He combined strength, size and aggression to great effect. Bob came from a Rugby background and played both sports for several years. A stalwart of the GB Lions squad who won the European Championships. As part of the Olympians’ great defence, his battles with the London Ravens offence always produced fireworks! 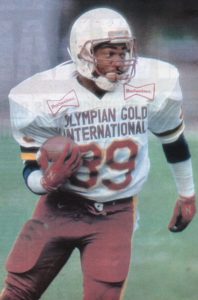 An every-down running back for the London Olympians and Great Britain Lions, where he was a key player for six seasons. He helped the Olympians win two European club championships. He ran for 2021 yards in the 1988 season. Richard is one of only four players to accomplish this feat in the British Leagues. To top it all off, he also scored thirty touchdowns that same year. He finished his career with over 9,000 rushing yards in the record books. 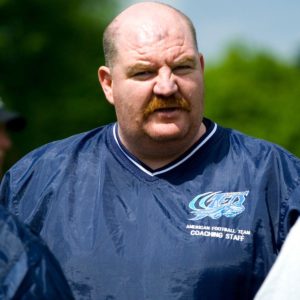 He started his football journey as a player with the Warwickshire Bears in the eighties, where he was a hard-hitting linebacker, before going on to become a leading coach. He led the Coventry Jets to prominence between 2005 and 2011 moving up through the divisions and eventually winning the national championship in 2008. His Jets team made it to the quarter-finals of the European club championships in the same year, losing to the eventual winners the Tirol Raiders. He led Coventry to four consecutive Britbowl appearances between 2007 and 2010. 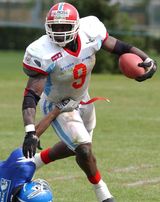 An elite-level athlete he had trials with the San Francisco 49ers before coming to Europe, where he played extensively in the French and Dutch leagues before moving to Britain in 1998. When he pulled on the Sussex Thunder jersey he had an immediate impact, running for 1,687 yards and 22 touchdowns. For the 2001 season, he moved to the Southern Sundevils where he propelled the team to the upper echelons of the Britball pyramid. He then joined the Farnham/PA Knights, where he spearheaded their offence to further success. He continued to play into his late thirties before switching to full time coaching further adding to his Britball legacy. 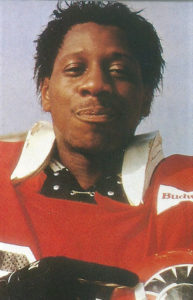 Nigel commanded the defensive backfield for the Manchester Spartans, from where he led them to two British Championship titles in 1989 and 1990. His ability to read opposing offences set him apart and allowed him to utilise his athletic ability to great effect and lead by example. He led the national league in tackles in 1992 with a total of seventy-nine solo takedowns. With his detailed understanding of the strategic side of the game, moving into coaching was a natural progression and he became the head coach for Manchester in 1991.  He was a pivotal member of the great GB Lions European Championship winning sides in 1989 and 1991. He spent the 1994 season in Germany playing for the Munich Cowboys, before returning to the British league in 1995, where he helped the Birmingham Bulls win their last British title. He continued to play until 2006. 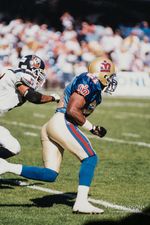 Known predominantly for his play at defensive back. His elite athletic ability also made him an excellent running back and receiver. A stand-out safety for the London Olympians in the early nineties winning four British and two Eurobowl club championships. He was a GB Lion who spent some time at Harper College in Chicago, he also played for the London Monarchs between 1995 and 1998, and ultimately for the Scottish Claymores from 1999 until 2003 winning the World Bowl. Overall, he spent nine seasons in the NFL Europe where he became well known for his play on special teams.