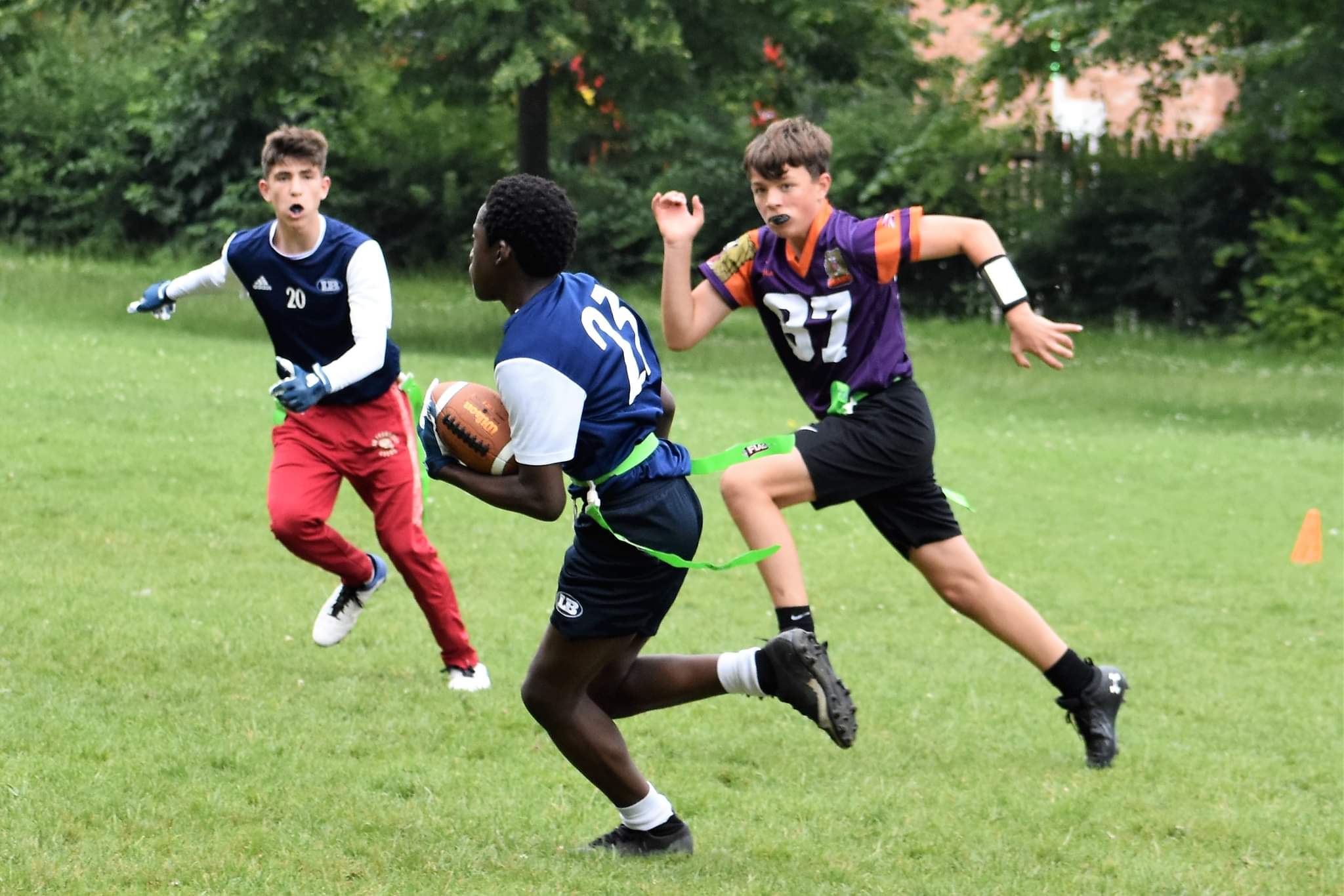 With the regular season coming to a close, participants for the Youth Flag Finals on 18th September have now been confirmed!

Teams have taken part in a 12-game regular season, and the finalists and seedings have now been confirmed.

Nuneaton Jaguars were on course for a perfect record too, but a draw on their final gameday has them placed as the 3rd seed. In at 4th and 5th seeds are both the Chorley Buccaneers teams – the Blades and Cutlasses. Both teams finished with an impressive 11-1 records with their sole losses coming against each other! Solent Red Storm and reigning champions Leicester Huntsmen finished with 8-4 records to qualify as 6th and 7th seeds. And finally, newcomers Houghton Bears take the 8th seed slot with a debut season record of 7-5.

No perfect records for any U17s this year, however South Coast Spitfires came very close to it with a 11-1 record to be the 1st seed as champions of the South Lower division. Closely followed by the South Upper champions London Blitz who finished with a 10-2 record. Rounding off the division champions are the Coventry Cougars who won the Midlands division with a 9-2-1 record. In at 4th seed are the South Upper runners up South London Renegades who finished with a very impressive 9-2-1 record – enough to be champions in another division. Waveney Wolves recorded an 8-3-1 season to finish 5th. Finally, another debutant to BAFA competitions, Brighton and Hove Scorpions, take the 6th seed with a 6-6 record.

The Youth Flag Finals will be held on 18th September 2021 at Caroline Chisholm School, home of the Northants Titans.

💬 “This year everyone bought in, and it paid off."

This time last week the London Warriors (@LW_Women) made a statement in Women’s Contact football as they beat the Birmingham Lions 33-14 to be crowned NWFL Premiership Champions.

Excited for the first game of the @BAFAOfficial season! 🏈
Good luck to all the teams competing 💪

Team GB are holding open trials in Leeds (Sept 24) & London (Oct 1) to unearth the next crop of under 19 international Britballers. Learn more https://www.britishamericanfootball.org/2022/09/search-on-for-the-next-crop-of-under-19s-talent/

With the first half ending 14-14 tied with @BhamLionsWomen, the second half was all to play for!
Final score: 33-14
Congrats to both teams for making it to the final 👏