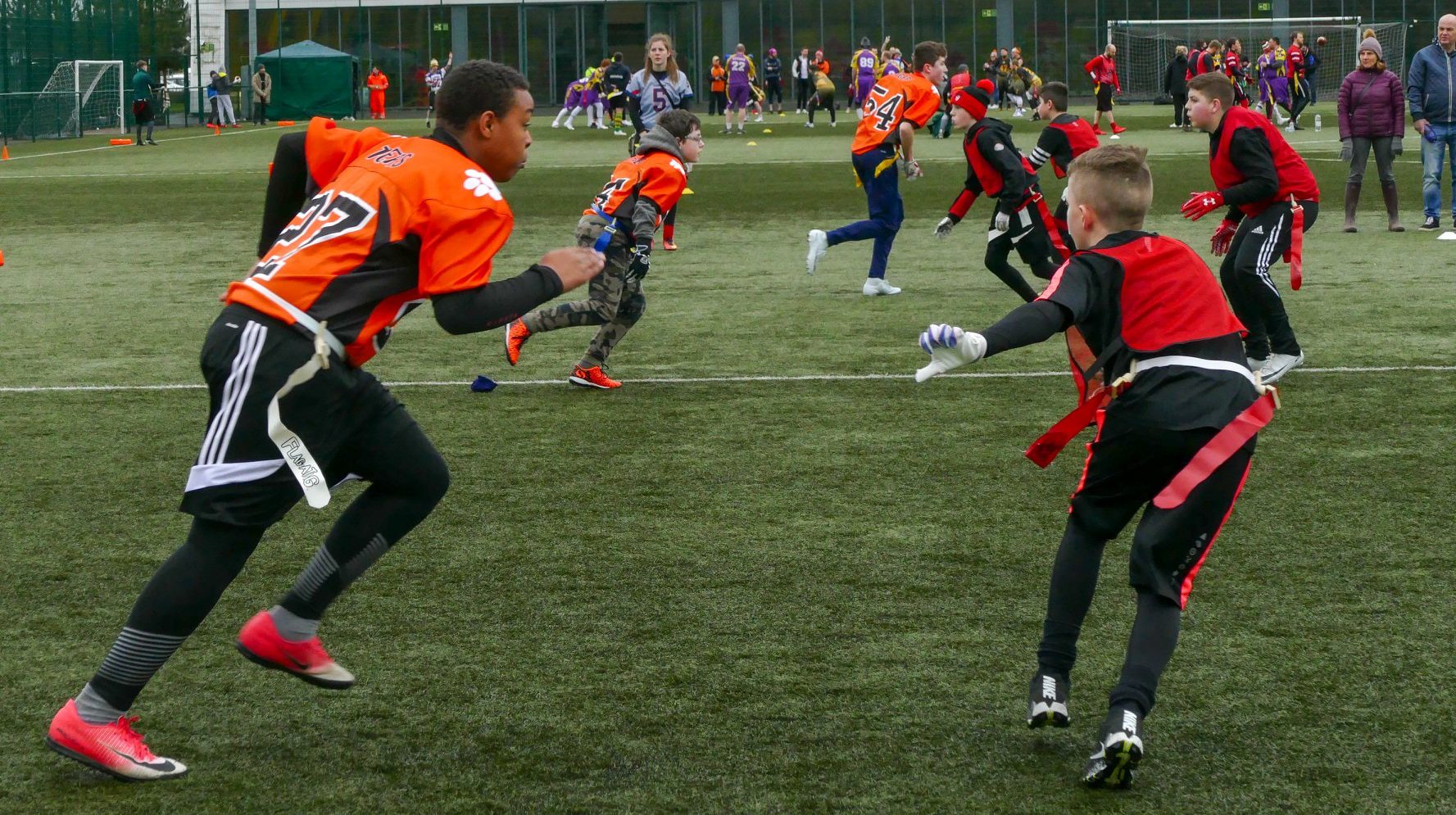 Many thanks to everyone who took part in the consultation process with regards to the age ranges for the Youth Flag Football.

As part of the process surveys were sent to 3 main groups: clubs, youth players and cadet players’ parents. Please see below for the findings of the consultation.

The feedback from the consultation process shows participants who were interviewed were in favour of the new age groups; 71% of Clubs did not feel it would negatively impact them, 60% of affected Youth players wanted the option of U17 available to them and 84% of Cadet players’ parents preferred the new U11 and U14 age groups.

In addition, 45% of affected Youth players stated they would take the season off in 2020/21 instead of playing U17 Contact Football or Adult Flag. As a minority sport, it would be ill-advised to ignore these players and risk losing them from the sport altogether if they were to take a year out due to being ineligible to play Youth Flag.

82% of Clubs that had their own U17 Contact or Adult Flag teams felt that changing U16 to U17 would be beneficial for players who were not ready or did not want to play U17 Contact/Adult Flag football yet.

Of the Clubs did not have their own U17 Contact or Adult Flag team, the nearest U17 Contact/Adult Flag team to these Clubs would have been at least 3-5 miles away, with most being greater than 5 miles away. Although this affected only a minority of teams, changing U16 to U17 will make it easier on the participants to continue playing as they will not need to travel 3+ miles to play.

14% of Clubs stated they felt the new age groups will negatively impact their Club. To help assist with this change a Sustainability Toolkit is being produced to help Clubs adapt to the new age groups and aide a smooth transition. This is currently in the review process before being published.

With regards to the newly proposed U11 age group 69% of Cadet Players’ Parents preferred the competitive format for their children. Research has shown that the reason children play sports are due to five main reasons: perception of competence; fun and enjoyment; parents; learning new skills; and friends and peers (Cope et al., 2013). When subjected to competitive environments players were shown to exhibit lower levels of enjoyment and were more likely to drop out of playing sports altogether (Boixados et al., 2004; Prichard and Deutsch, 2015). As a minority sport in the UK these are outcomes that should not be risked as part of the long-term strategy to increase and sustain participation. To help facilitate this goal Cope et al. (2013), advised the emphasis at this age group should be on fun, enjoyment, teamwork and effort instead of winning and competition.

After reviewing the feedback through the consultation process the following proposal, along with all the information above was presented to the board.

The Board approved the proposal as presented.

A full breakdown of age ranges and membership pricing can be found via the link below:

BAFA would also like to encourage teams to contact Warren Smart to arrange a Club Matters digital workshop in association with Sport England. This can help your club grow and develop alongside our sustainability toolkit that we hope to publish shortly! For more information, visit Home – Club Matters Sport EnglandClub Matters Sport  England or email warren.smart@britishamericanfootball.org